What does Signy mean?

[ 2 syll. si-gny, sig-ny ] The baby girl name Signy is also used as a boy name. It is pronounced SIY-GNiy- †. Signy's language of origin is Old Norse. It is predominantly used in English and Scandinavian. It is a two-element name derived from sigr and ný which are of the meanings 'victory' and 'new' respectively. The name was borne in Norse mythology by two heroines, Signe the daughter of king Völsung and sister of Sigmund, and Signe the daughter of king Siggeir's nephew Sigar who fell in love with the sea-king Hagbard. Another two mythological characters who bore the name were the daughter of the witch Grid, and the sister of king Hrothgar, who featured in Beowulf.

Signy is not commonly used as a baby girl name. It is not in the top 1000 names. 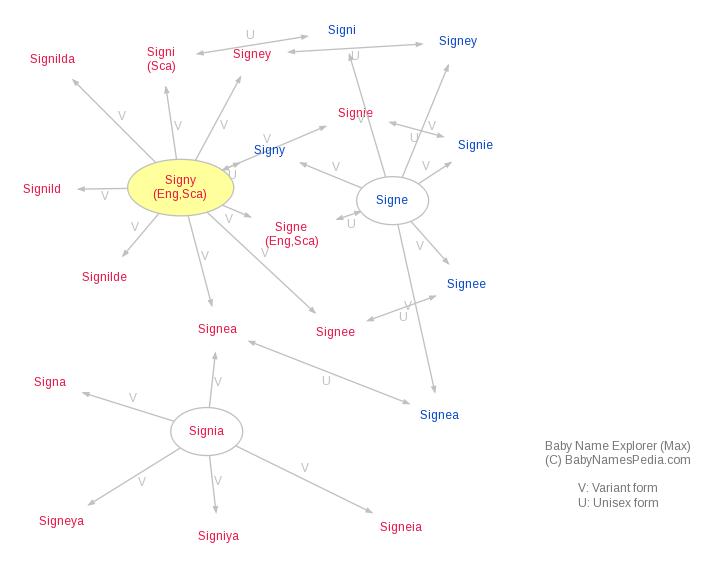