What does Sigrid mean?

[ 2 syll. si-grid, sig-r-id ] The baby girl name Sigrid is pronounced as SIY-GRiy-D †. Sigrid is used predominantly in English, German, and Scandinavian, and its origin is Old Norse. A two-element name, it is derived from the elements 'sigr' meaning victory ; 'fridr' peace, beautiful, fair. The name was introduced into England in the medieval period but it later declined in use. It was recently introduced again to English speakers from Scandinavia in the late 19th century.

Sigrid is uncommon as a baby name for girls. At the modest height of its usage in 1906, 0.007% of baby girls were named Sigrid. Its ranking then was #792. The baby name has since experienced a fall in popularity, and is currently of very light use. Within all girl names in its group, Sigrid was nevertheless the most popular in 2018. 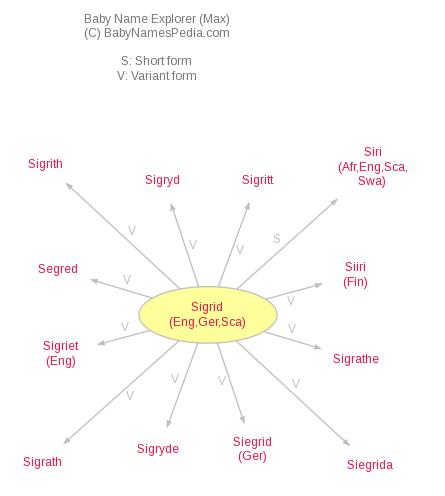