What does Silas mean?

[ 2 syll. si-las, sil-as ] The baby boy name Silas is pronounced as SAY-LahS (English) †. Silas is used predominantly in the English language and its origin is Latin. The name is of the meaning man of the woods. A biblical name, it is derived from the element 'silva' which means wood, forest. Silouanus (Old Greek), Silvanus (Latin), and Silvianus (Latin) are old forms of Silas. The name was originally used as a nickname for someone living in the woods, or else someone whose job involved working with wood. The name appeared in Roman mythology as Silvanus, the spirit or god of the trees. In the Bible, it was borne by a prophet and companion of the apostle Paul and Timothy. The name was also borne by several early saints, and was adopted by English Puritans in the 17th century. In literature, the name appeared as the miserly weaver in the George Eliot novel Silas Marner (1861), and as the villian in the Sheridan Le Fanu novel Uncle Silas (1864). The name Silvana (English, German, Italian, and Spanish) is the female version of Silas.

Silas is a popular baby name for boys, and it is also viewed as trendy. The name's popularity has been rising since the 1960s. At the modest peak of its usage in 2018, 0.180% of baby boys were given the name Silas. Its ranking then was #110. Out of all boy names in its group, Silas was the most popular in 2018. Silas was more commonly used than the subsequent ranked name, Sylas, by 8 times in that year. 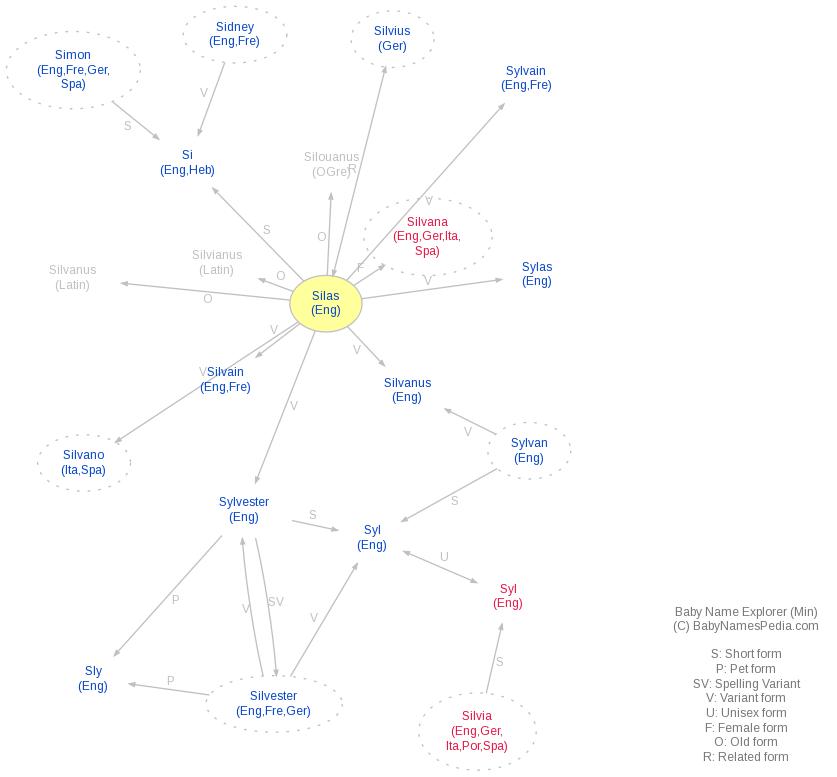