What does Silvana mean?

[ 3 syll. sil-va-na, si-lv-ana ] The baby girl name Silvana is pronounced as Siy-LVAA-Naa- †. Silvana has its origins in the Latin language. It is used largely in English, German, Italian, and Spanish. The name Silvana means 'woman of the woods'. It is derived from the word silva with the meaning 'wood, forest'. The generic name has been used in Roman mythology.

Silvana is the feminine version of the English Silas and the Italian and Spanish Silvano.

Silvana has 17 forms that are used in English and foreign languages. English forms of the name include Selva, Silva, Silvaine, Silvane, Silvanna, Silvanne, Silvestra, Silvia, Silviya, Sylva, Sylvana, Sylvane, Sylvanna, Sylvanne, Sylvia, and Sylvya. The German Silviana is a form of Silvana that is used in foreign languages.

Silvana is not popular as a baby girl name. It is not in the top 1000 names. In 2018, among the family of girl names directly related to Silvana, Sylvia was the most regularly used. 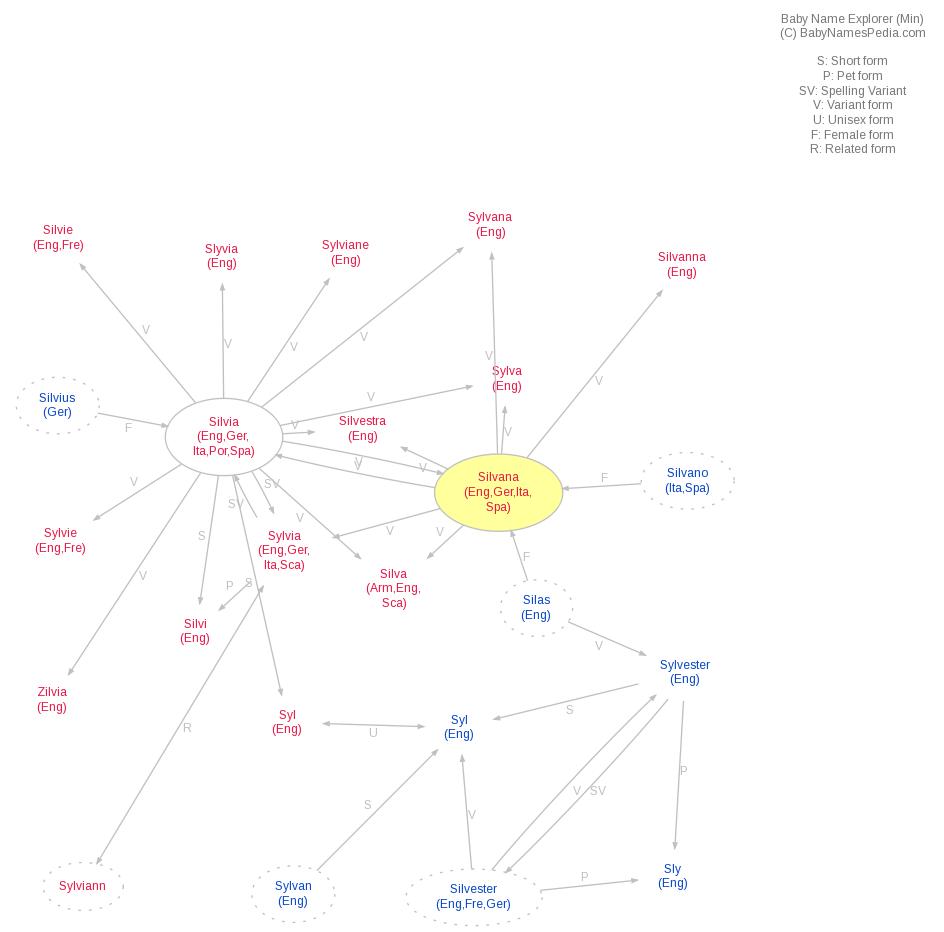