What does Silvano mean?

[ 3 syll. sil-va-no, si-lv-ano ] The baby boy name Silvano is pronounced as Siy-LVAA-Now †. Silvano is largely used in the Italian and Spanish languages, and it is derived from Latin origins. The name is of the meaning man of the woods. It is derived from the element 'silva' meaning wood, forest.

Silvano is an Italian variant of the name Silas (English).

The name Silvana (English, German, Italian, and Spanish) is the female equivalent of Silvano.

The name Silvanos and the name Silvino (Spanish) are variants of Silvano.

Silvano is rarely used as a baby name for boys. It is not listed in the top 1000 names. Within the group of boy names directly linked to Silvano, Silas was the most commonly used in 2018. 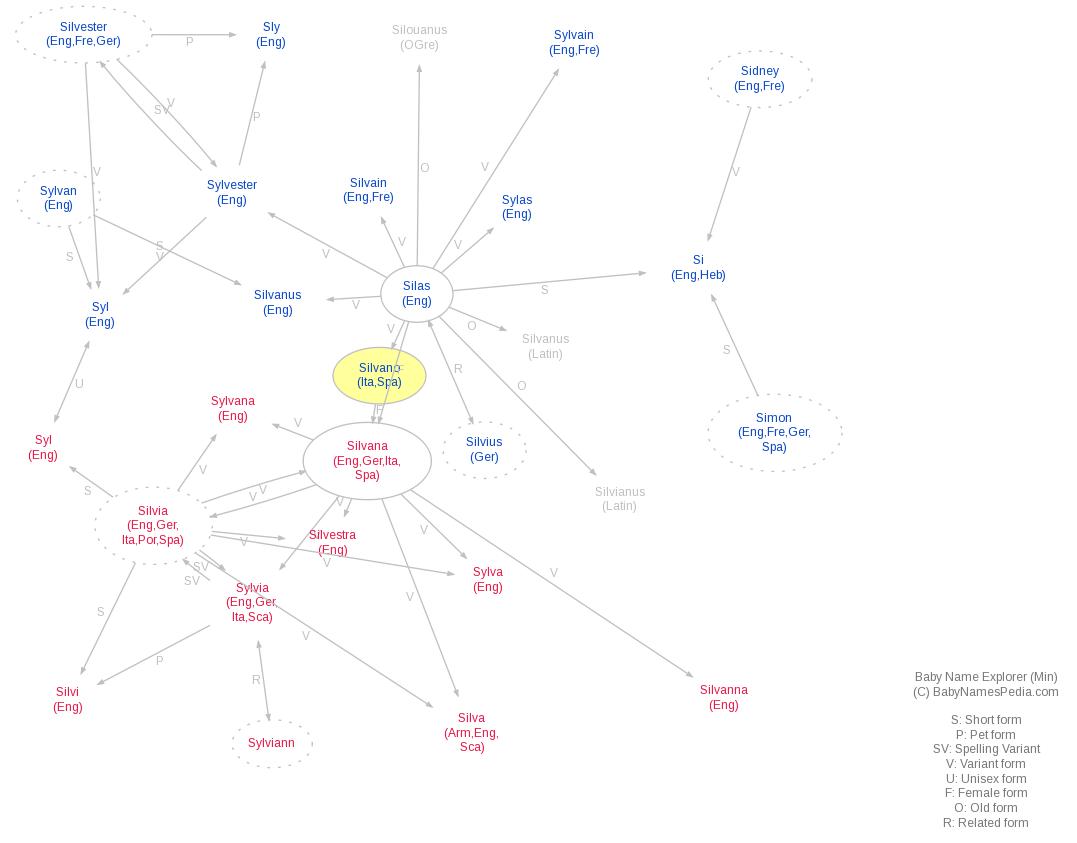