What does Silvia mean?

[ 2 syll. sil-via, si-lv-ia ] The baby girl name Silvia is pronounced in Italian as SIYL-VYaa or in Spanish as SIYL-BYaa †. Silvia is of Latin origin. It is used mainly in English, German, Italian, Portuguese, and Spanish. The name Silvia means 'woman of the woods'. It is derived from the word silva with the meaning 'wood, forest'. The name was borne in Roman mythology by Rhea Silvia the mother of the legendary founders of Rome, the twins Romulus and Remus. The name was later borne by the mother of Pope Gregory the Great, who was herself a saint. The name has traditionally been used as Italian name, and it was later introduced to English speakers, promoted via various works such as the Shakespeare comedy Two Gentlemen of Verona (1592-1593) and William Congreve's The Old Bachelor (1693). The name saw a revival among English speakers in the 19th century.

Silvia is the feminine form of the German Silvius.

Silvia is unusual as a baby girl name. Its usage peaked modestly in 1974 with 0.023% of baby girls being named Silvia. It had a ranking of #497 then. The baby name has fallen out of favor since then, and is of only irregular use today. Among the family of girl names directly related to Silvia, Sylvia was the most commonly used in 2018. 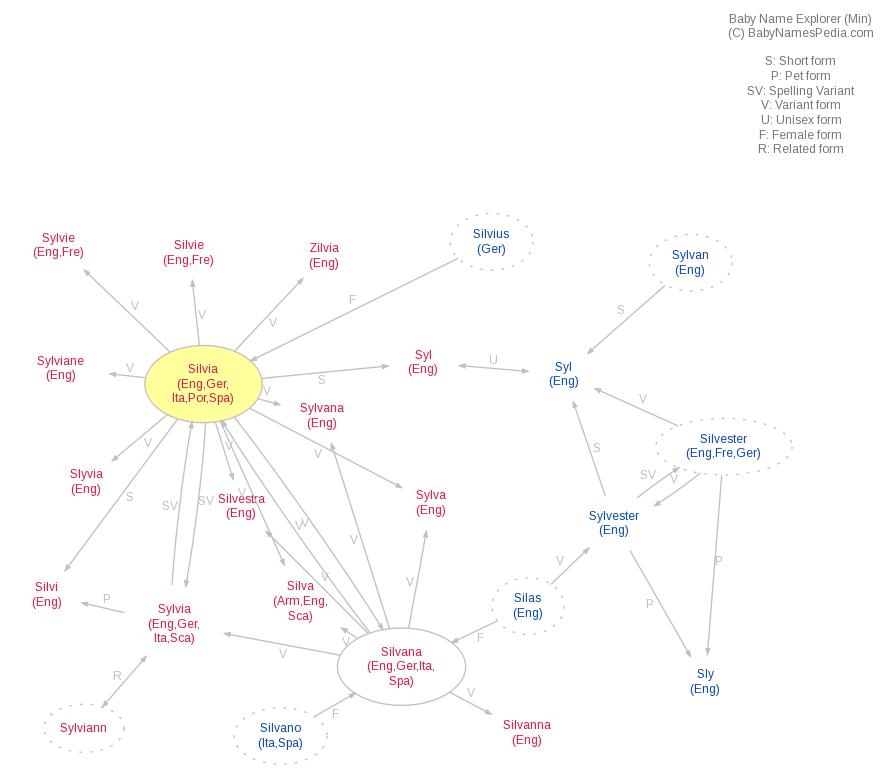