What does Sima mean?

Sima has its origins in the Aramaic language and it is used largely in Hebrew. The meaning of Sima is 'treasure'.

Forms of Sima include the names Simah, Simia, Simiya, Simma, and Syma.

Sima is of Sanskrit origin and it is used mainly in Indian. Here, it means 'boundary, limit'.

A form of the name is the Indian Seema.

In addition, Sima is a familiar form of the Russian Serafima and a Russian form of the English, French, and German Seraphina.

Sima is not commonly used as a baby girl name. It is not in the top 1000 names. 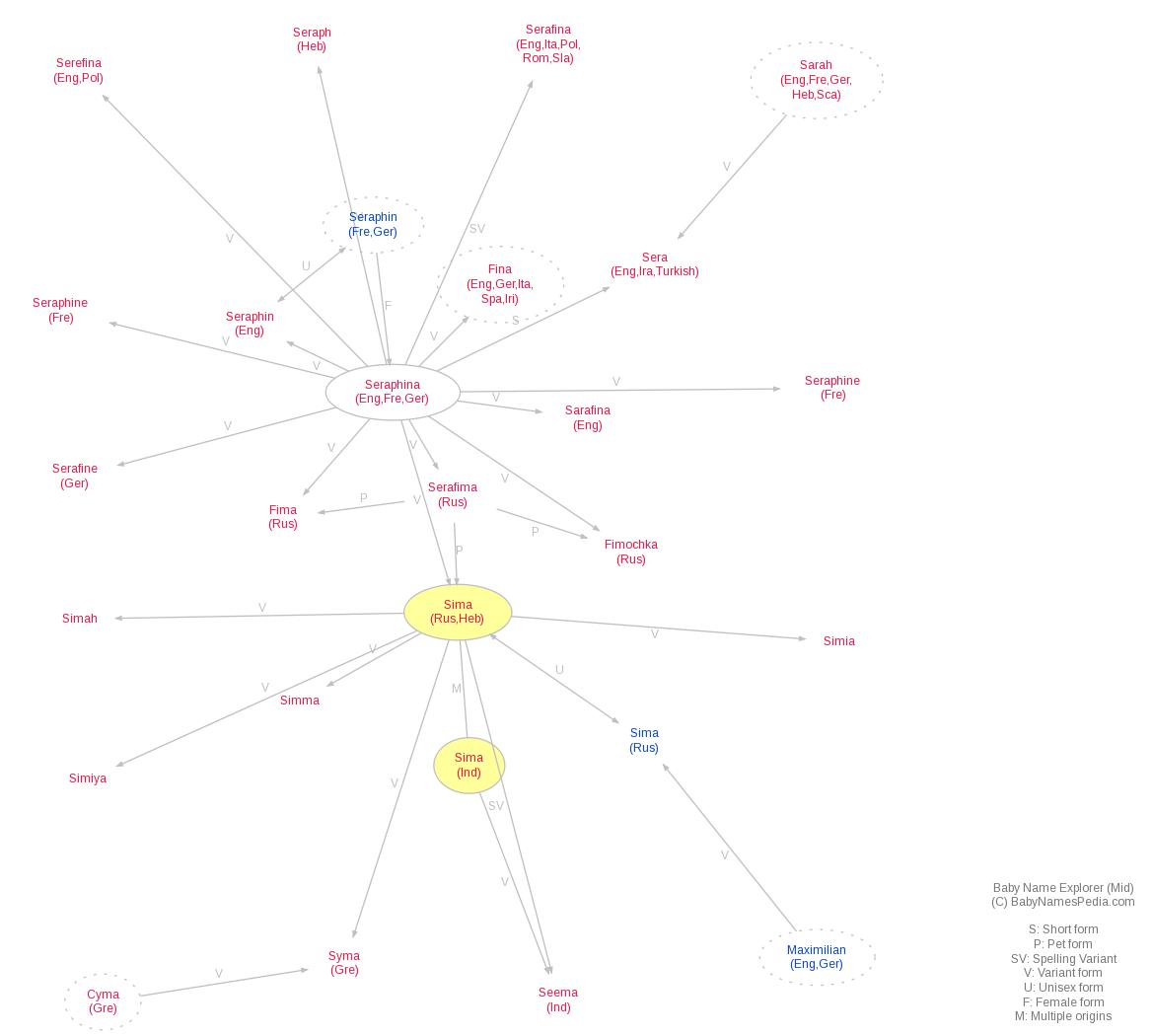