What does Simcha mean?

[ 2 syll. sim-(c)ha, si-m-cha ] The baby girl name Simcha is also used as a boy name, with the latter form being far more popular. It is pronounced SIHMHHAH †. Simcha's language of origin is Hebrew. The name Simcha means 'joy'.

Other forms of the name include the diminutive Simi and the shortening Sim.

Simcha is not often used as a baby girl name. It is not in the top 1000 names. 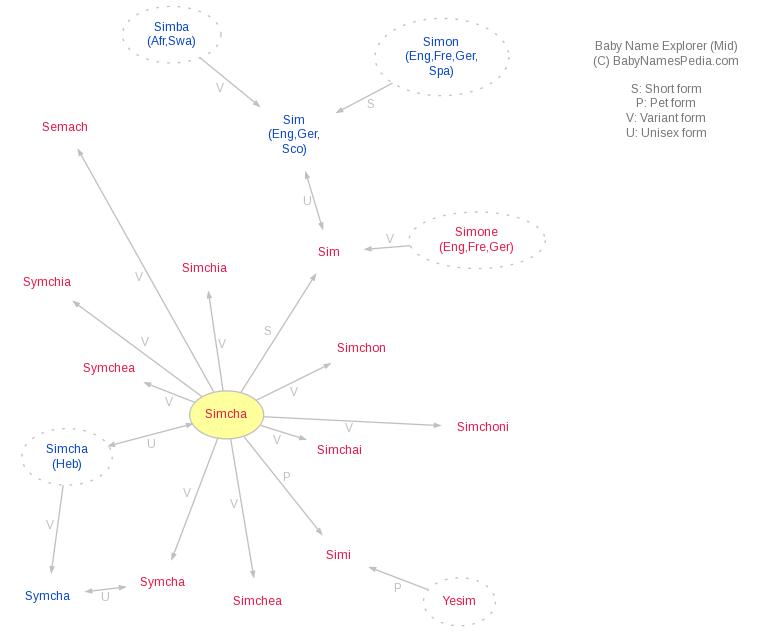