What does Siobhan mean?

[ 2 syll. siob-han, si-obh-an ] The baby girl name Siobhan is pronounced SHIY-VAON †. Siobhan's language of origin is Hebrew. It is predominantly used in Irish and English. Jehanne (Old French) is an old form of the name. The name has been made known to English speakers by the Irish actress Siobhán McKenna (1923-1986).

In addition, Siobhan is a variant of Jane (English) in the Irish language.

Siobhan is also a variant of Joan (English) in the Irish language.

What are the Variant Forms of Siobhan?

Variant forms share the origin and thus the meaning of Siobhan.

Siobhan is a rare baby girl name. At the modest peak of its usage in 1979, 0.016% of baby girls were named Siobhan. It had a ranking of #629 then. The baby name has steeply slipped in popularity since then, and is of only irregular use today. In 2018, out of the family of girl names directly related to Siobhan, Jane was the most widely used. 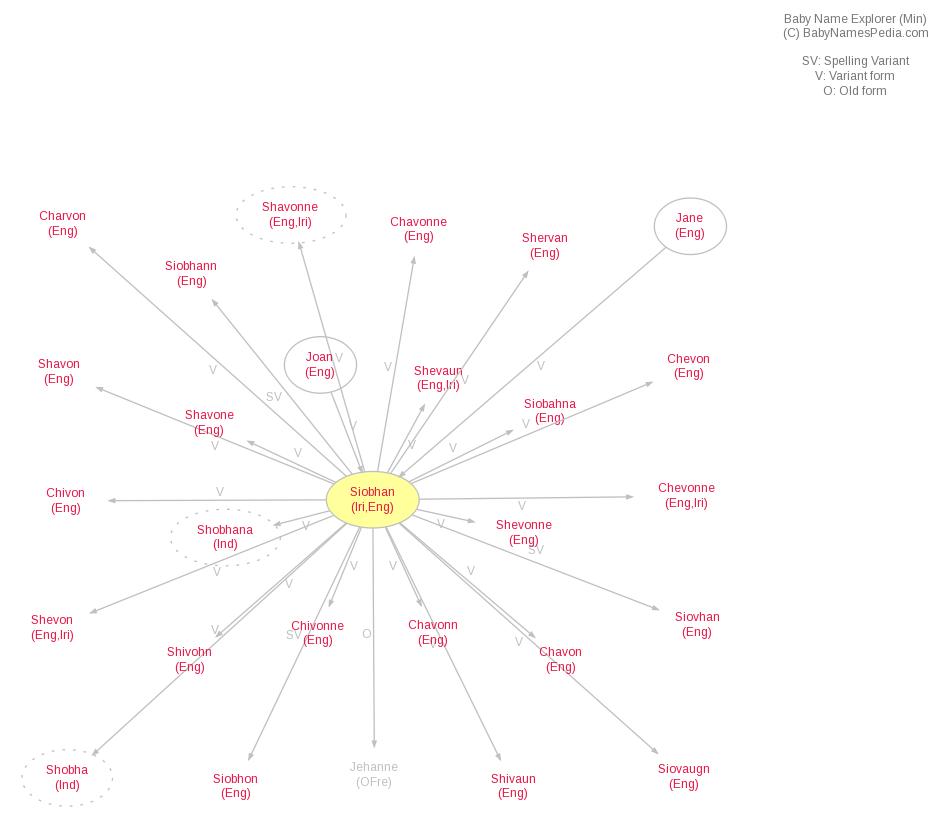