What does Sirius mean?

[ 3 syll. si-riu(s), sir-i-us ] The baby boy name Sirius is pronounced in English as SIHR-iy-ahS or SIYR-iy-ahS †. Sirius' language of origin is Old Greek and it is used mainly in the German language. It is derived from the element seirios which means 'glowing'. In astronomy, Sirius is the brightest star in the sky; it is nicknamed Dog Star after its constellation, Canis Major. The name has recently been made known by the fictional character Sirius Black in J.K. Rowling''s Harry Potter series (1997-2007).

Derivatives of Sirius include the Italian Siro and the name Syrius.

Sirius is unusual as a baby name for boys. It is not ranked within the top 1000 names. 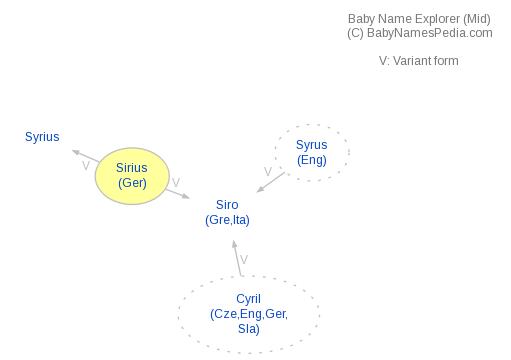