What does Soledad mean?

[ 3 syll. so-le-dad, sol-ed-ad ] The baby girl name Soledad is pronounced SowLey-DAA-D †. Soledad is of Spanish origin. It is used mainly in the English and Spanish languages. The first name is derived from Maria de Soledad, a title of the Virgin Mary derived from the Spanish word soledad, which is itself of the Late Latin solitas; the name is associated with the notion of a Christian's solitude in worldly matters.

The origin and meaning of the name Soledad is inherited by all variant forms.

Other variants of Soledad include the Spanish familiar form Chole and the Spanish short form Sol.

Soledad is rare as a baby girl name. At the peak of its usage in 1929, 0.005% of baby girls were given the name Soledad. It was #992 in rank then. The baby name has experienced a decline in frequency since then, and is currently used on a very modest scale. Out of all girl names in its family, Soledad was nonetheless the most widely used in 2018. 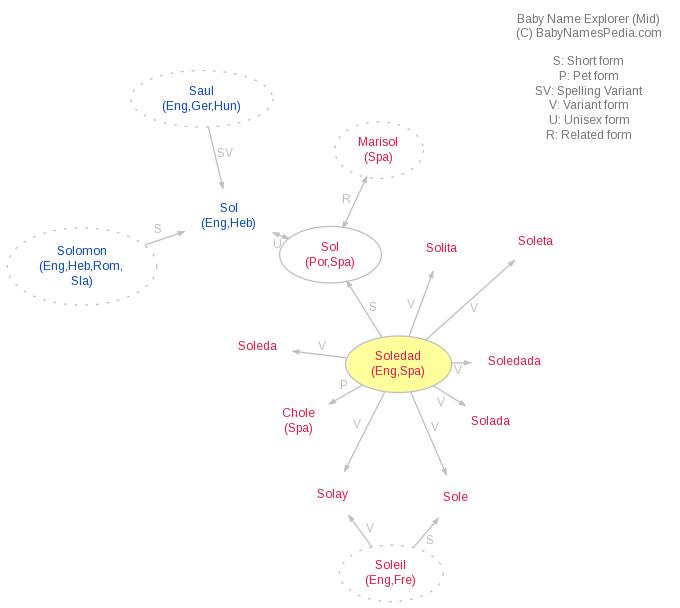