What does Sonya mean?

[ 2 syll. so-nya, son-ya ] The baby girl name Sonya is pronounced in English as SAON-Yah or SOWN-Yah †. Sonya's language of origin is Old Greek, and it is predominantly used in the Arabic, Czech, English, Russian, Slavic, and Scandinavian languages.

Variant forms inherit the origin and meaning of Sonya.

Sonya is an unusual baby name for girls. Its usage peaked modestly in 1967 with 0.173% of baby girls being given the name Sonya. Its ranking then was #114. The baby name has since fallen from favor, and is of only irregular use now. In 2018, among the group of girl names directly linked to Sonya, Sophia was the most widely used. 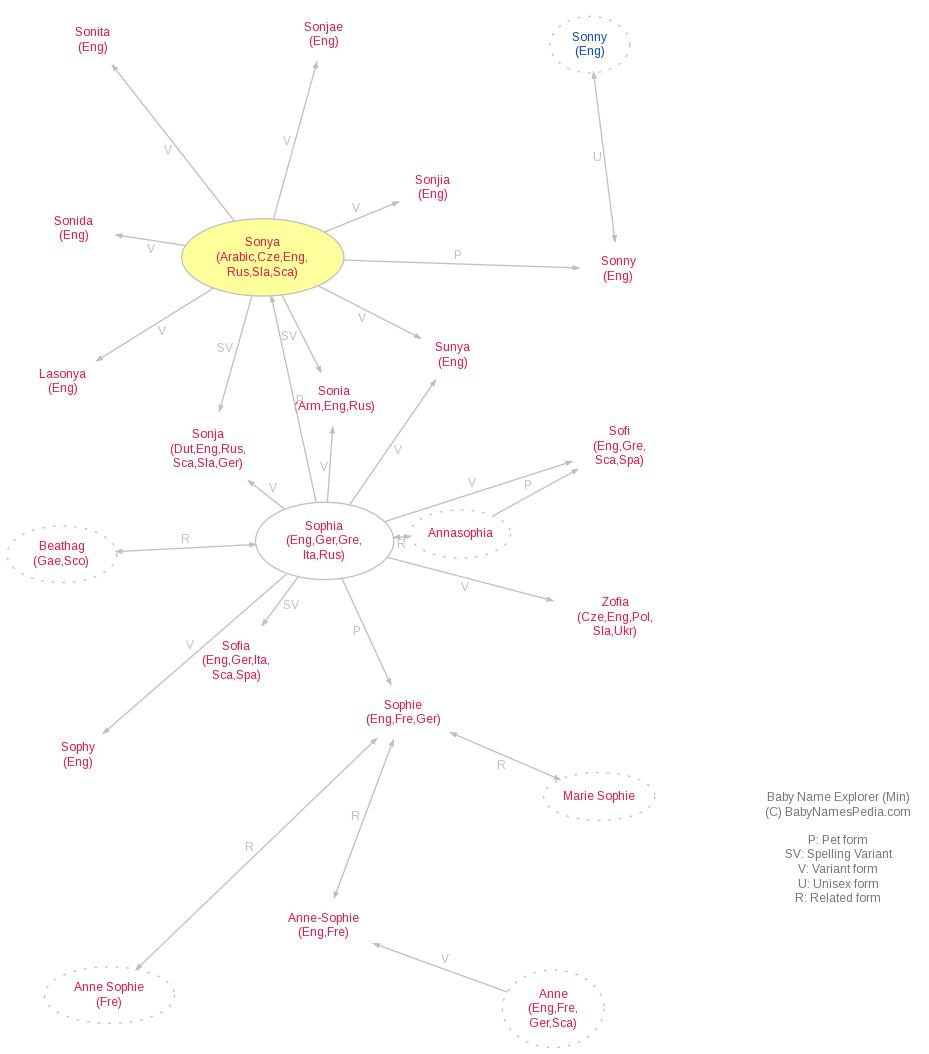