What does Sophia mean?

[ 3 syll. sop-hia, so-ph-ia ] The baby girl name Sophia is pronounced in English as Sow-FIY-ah or in German as Zow-FIY-aa †. Sophia is mainly used in the English, German, Greek, Italian, and Russian languages, and its language of origin is Old Greek. It is derived literally from the word 'sophia' which means wisdom.

The name was borne by Saint Sophia, apparently not a real person; the misinterpretation of the Greek phrase 'Hagia Sophia' meaning 'holy wisdom' and its Latin equivalent 'Sancta Sophia' as a person's name 'Saint Sophia' may have given rise to the Eastern cult. The name was introduced to English speakers via Hungary and Germany in the 17th century; it was known from Electress Sophia of Hanover (1630-1714), who became the mother of George I, King of England and de facto Prince-Elector of Hanover. The name was also popularized by the Henry Fielding comic novel Tom Jones (1749), which featured a character named Sophia Western. The name was widely used in the 17th and 18th centuries, but it suffered a drop in popularity thereafter. The recent revival of the name may be attributed to the fame of the Italian actress Sophia Loren (1934-). The name has also been used as the Anglicized form of the Scottish Gaelic Beathag. 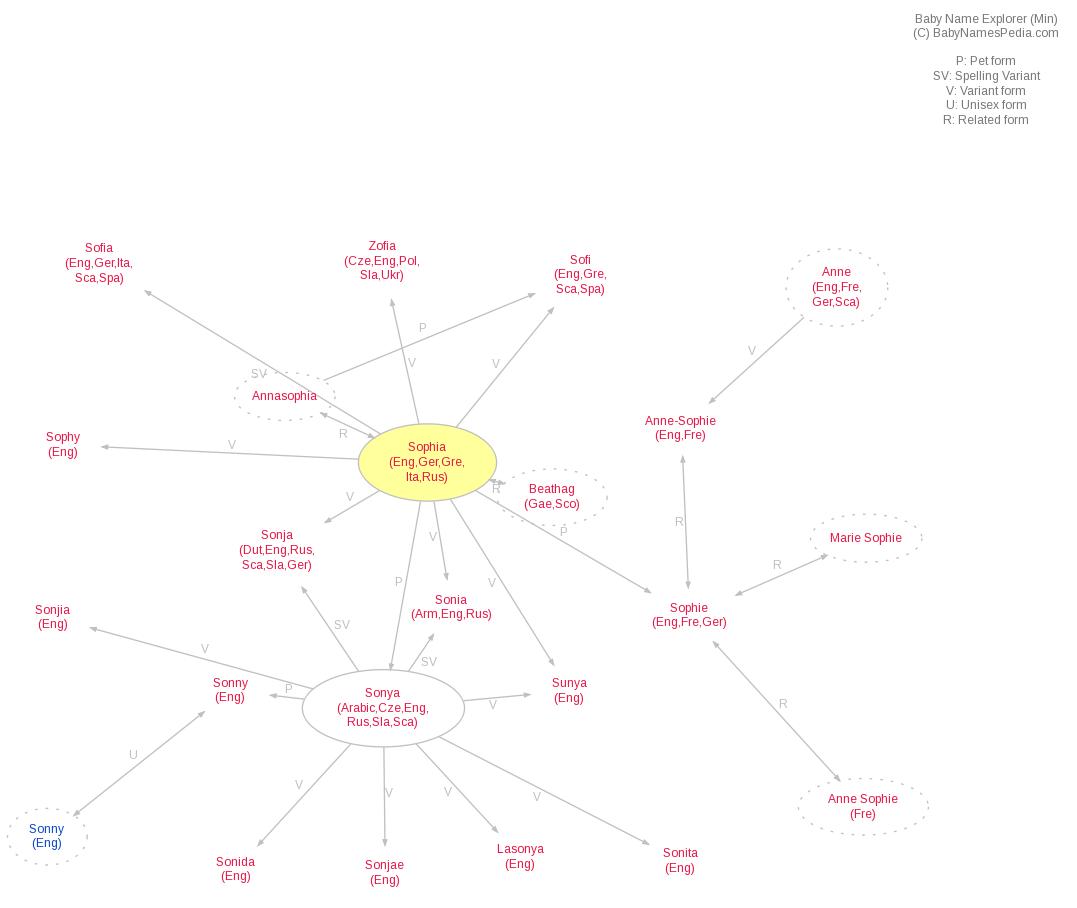