What does Sophie mean?

[ 2 syll. sop-hie, so-ph-ie ] The baby girl name Sophie is pronounced in English as SOW-Fiy, in French as Sow-FIY, or in German as ZOW-Fiy †. Sophie is of Old Greek origin, and it is used mainly in English, French, and German. Sophie is a diminutive form of the English, German, Greek, Italian, and Russian Sophia.

See also the related forms, the French Anne Sophie, the name Marie Sophie, and the English and French Anne-Sophie. 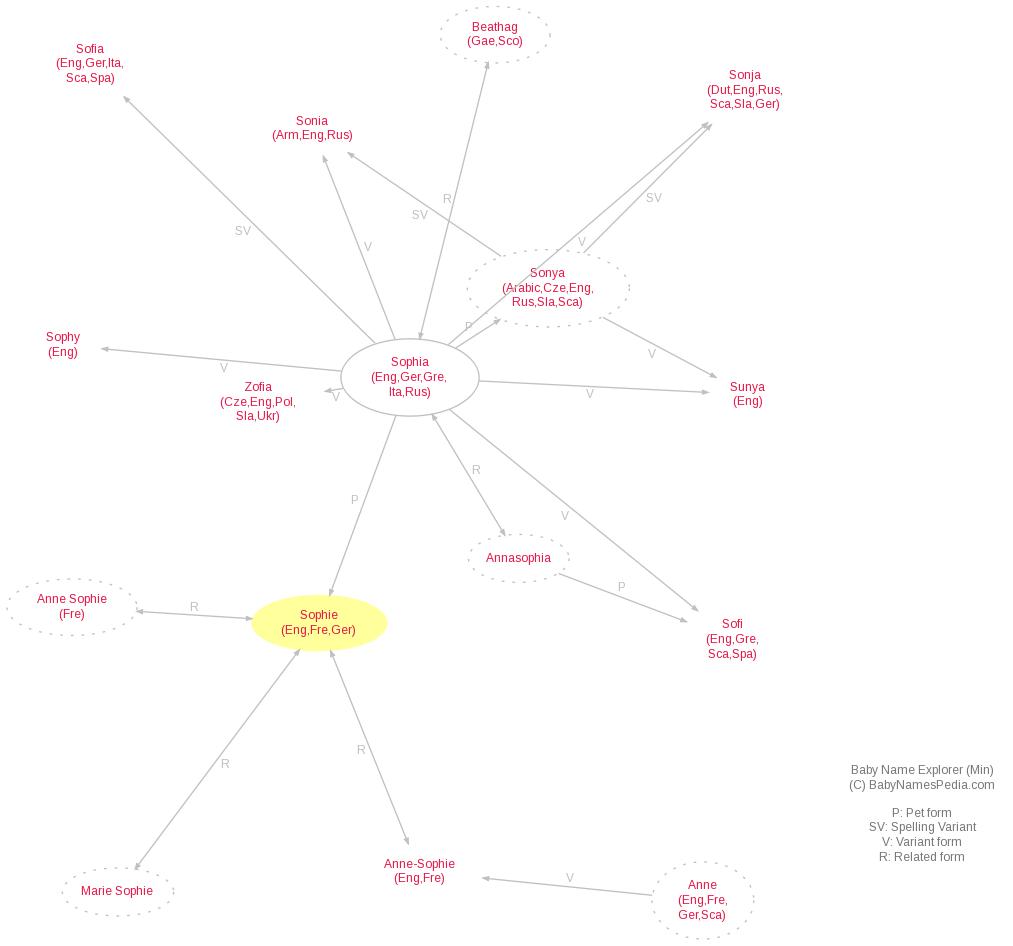