What does Sorcha mean?

[ 2 syll. sor-(c)ha, so-r-cha ] The baby girl name Sorcha is pronounced as SAH-KHHaa or SAOR-aa-Kaa †. Sorcha is a Gaelic, English, Irish, Manx, and Scottish name of Hebrew and Celtic origin. Celtic origin, English, Irish, Manx, and Scottish use: It is derived literally from the word 'sorcha' which is of the meaning bright, radiant. In Ireland, the name is Anglicized as Sarah and Sally, and taken as a Gaelic form of Sarah, due to the similarities in pronunciation. In Scotland, it is Anglicized as Clara due to the similarity in meaning.

Sorcha is a Gaelic form of the English, French, German, Hebrew, and Scandinavian name Sarah.

Sorcha is not commonly used as a baby girl name. It is not in the top 1000 names. Among the family of girl names directly related to Sorcha, Sarah was the most frequently used in 2018. 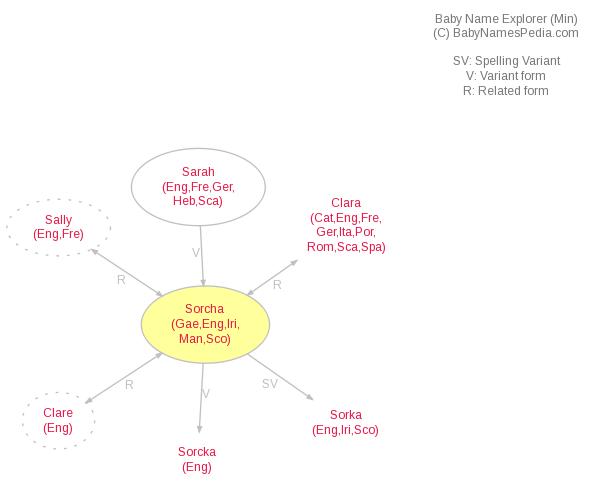