What does Soren mean?

[ 2 syll. so-ren, sor-en ] The baby boy name Soren is pronounced as SAOR-ehN †. Soren is largely used in Scandinavian and English. It is derived from Latin origins. The name Soren means strict or stern.

In addition, Soren is a Scandinavian variant transcription of the name Severin (German, Romanian, Russian, Scandinavian, and Slavic).

Soren is rather popular as a baby boy name. The name's popularity has been rising since the 2000s; before that, it was of very modest use only. At the recent peak of its usage in 2018, 0.025% of baby boys were named Soren. It had a ranking of #559 then. Out of all boy names in its family, Soren was the most regularly used in 2018. 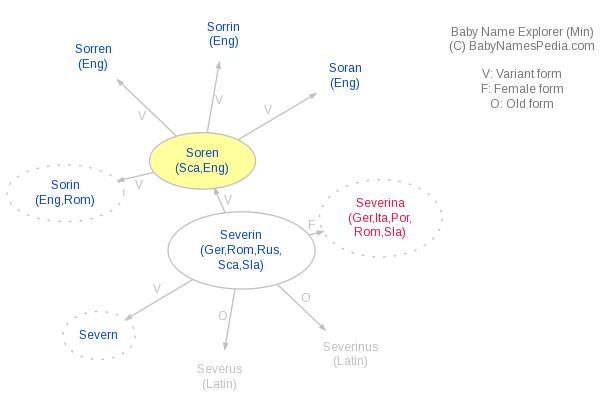