What does Sorin mean?

[ syll. so-rin, sor-in ] The baby boy name Sorin is pronounced as SAORihN †. Sorin is largely used in the English and Romanian languages, and it is derived from Latin and Romanian origins.

Sorin is an English variant of the name Soren (Scandinavian and English).

The name Sorina (German and Romanian) is the female equivalent of Sorin.

Variant forms inherit both the origin and meaning of Sorin.

Sorin is an unusual baby name for boys. It is not listed in the top 1000 names. In 2018, within the group of boy names directly linked to Sorin, Soren was the most frequently used. 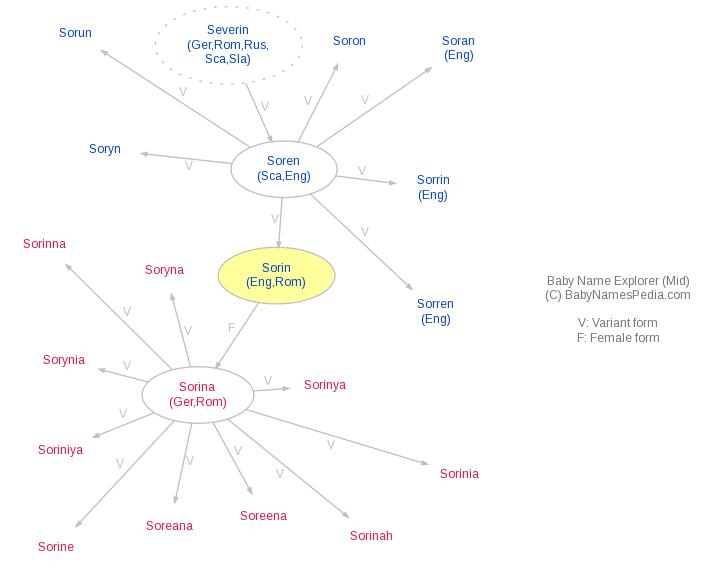