What does Spike mean?

[ 1 syll. (s)pi-ke, sp-ike ] The baby boy name Spike is pronounced as SPAYK †. Spike is primarily used in English and it is also of English origin. Its meaning is literally from the ordinary word 'spike'. The first name is derived from the common English word; it was originally a nickname for someone with spiky hair, as well as a generic nickname for someone whose actual name is unknown. The first name was adopted only from the 20th century.

The names Spiker, Spyke, and Spyker are forms of Spike.

Spike is uncommon as a baby boy name. It is not in the top 1000 names. 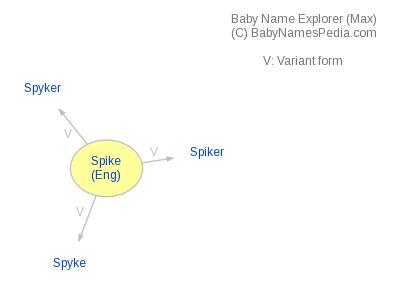