What does Stephen mean?

[ 2 syll. (s)tep-hen, st-eph-en ] The baby boy name Stephen is pronounced as STEHF-ahN or STIYV-ahN in English †. Stephen is largely used in the English language and it is derived from Old Greek origins. The name's meaning is crowned. A biblical name, it is derived from the element 'stephanos' which means crown, garland, wreath. Stefanus (Latin), Stephanos (Old Greek), and Stephanus (Latin) are older forms of Stephen. The name was borne in the Bible by the first martyr of Christianity, who was stoned to death by a mob encouraged by Saul. The name was later borne by several saints and at least ten popes. It has been recorded in use among English speakers since the 11th century. Among royalty, it was also borne by King Stephen of England (1097-1154), and various kings of Hungary and Slavic countries. The name Stephanie (English and German) is the female equivalent of Stephen.

What are the Variant Forms of Stephen?

Stephen is a classic favorite. Currently it is still popular as a baby name for boys, though it was in more widespread use previously. At the height of its usage in 1951, 1.175% of baby boys were given the name Stephen. It ranked at #19 then. The baby name has since experienced a marked fall in popularity, and is now of occasional use. In 2018, its usage was only 0.064% and its ranking #284, but it was nonetheless the 2nd most popular after Steven, within all boy names in its group. In 2018, it was used 63% more than Stephen. 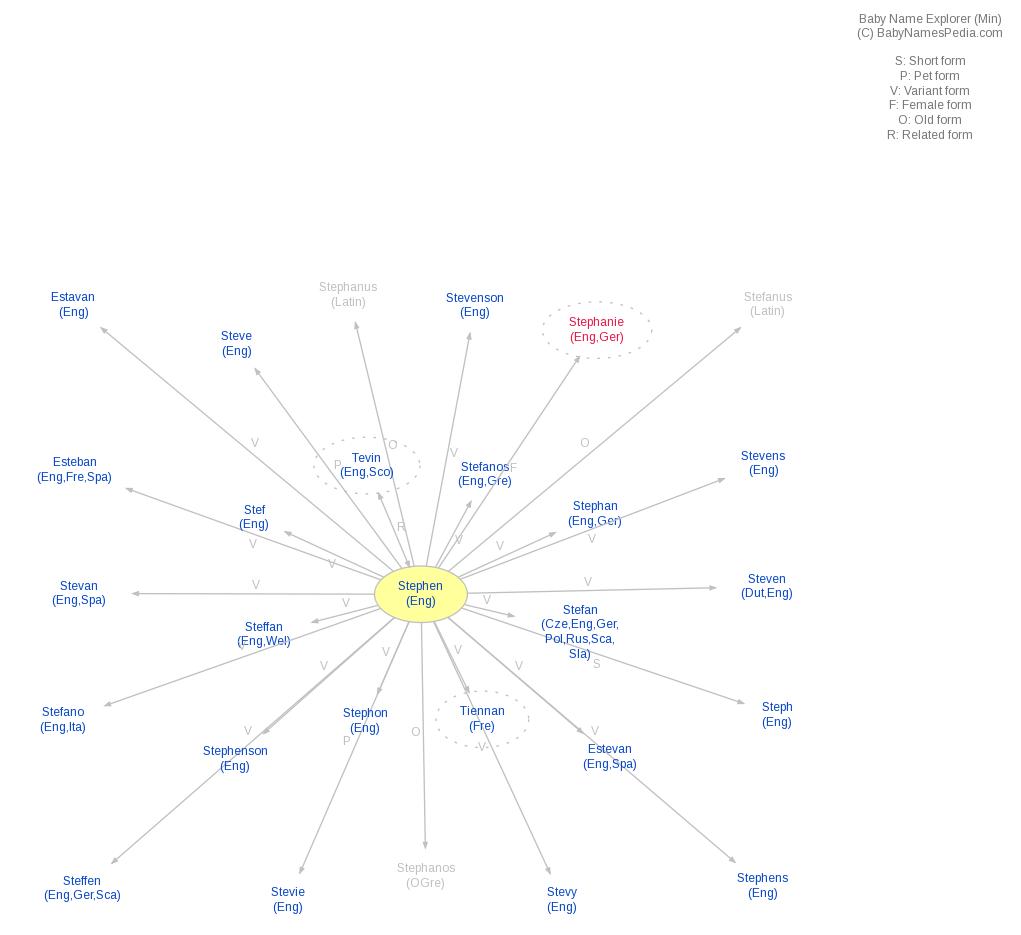