What does Summer mean?

[ 2 syll. sum-mer, su-mm-er ] The baby girl name Summer is also used as a boy name, though it is far more popular for girls. It is pronounced SAHMMehR †. Summer has its origins in the English language and it is also used largely in English. Its meaning is literally from the ordinary word summer. The first name is derived from the name of the season, which is itself from Sanskrit. The name has been used in recent times, often in reference to the liveliness of the season.

Summer is popular as a baby girl name. The name grew in popularity during the 1970s; prior to that, it was of only very light use. At the modest height of its usage in 1977, 0.149% of baby girls were named Summer. It was #119 in rank then. The baby name has seen a drop in frequency since then. In 2018, it ranked at #199 with a usage of 0.083%, but it was nevertheless the most commonly used within all girl names in its family. Summer has primarily been a baby girl name in the last century. 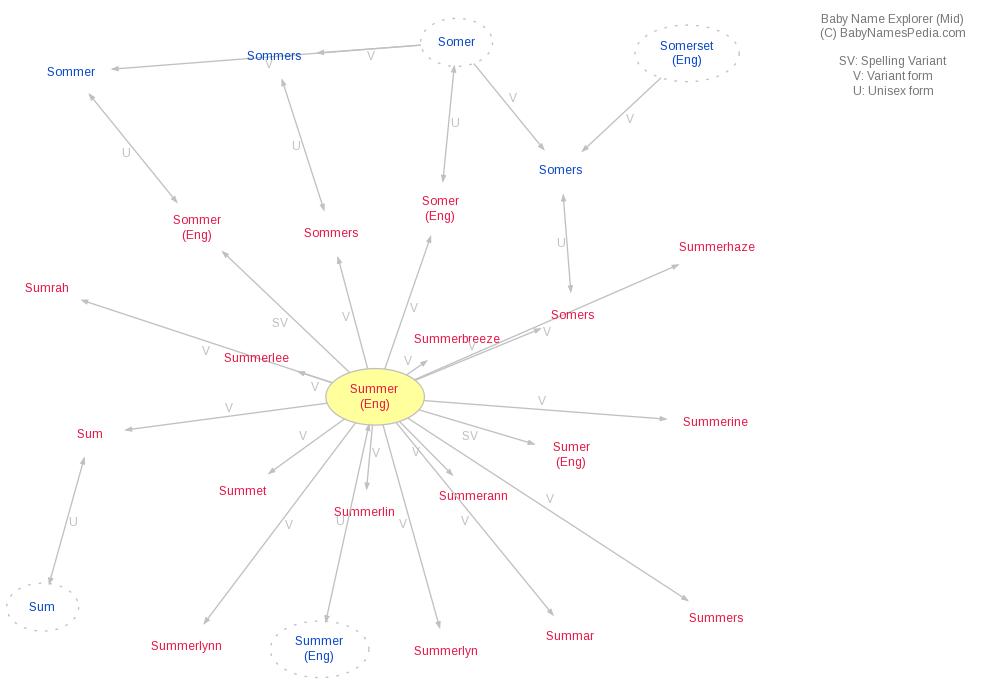