What does Susan mean?

[ 2 syll. su-san, sus-an ] The baby girl name Susan is pronounced as SUWZahN †. Susan is an English name of Hebrew origin. Susan is a contraction of the English, German, and Italian name Susanna.

Susan is rare as a baby girl name. At the peak of its usage in 1954, 2.369% of baby girls were given the name Susan. It had a ranking of #5 then. The baby name has markedly declined in popularity since then, and is now used on a very light scale. Out of all girl names in its family, Susan was nonetheless the most popular in 2018. Susan has mainly been a girl name, though in the last century it has also been used for boys. There were 357 times more girls than boys who were named Susan in 1968. 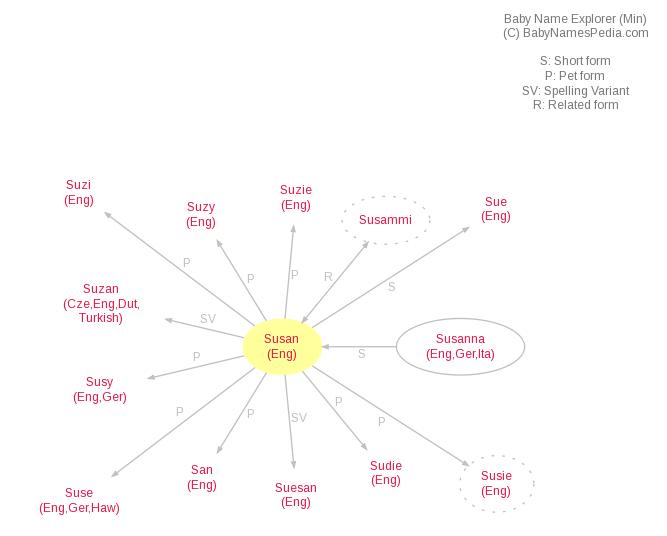