What does Susie mean?

[ 2 syll. su-sie, sus-ie ] The baby girl name Susie is pronounced SUW-Ziy- †. Susie's language of origin is Hebrew and it is predominantly used in the English language.

Variant forms share the origin and meaning of Susie.

Susie is a rare baby girl name. In 1900, 0.297% of baby girls were given the name Susie. It was #80 in rank then. The baby name has steeply declined in popularity since then, and is of only very light use today. Out of all girl names in its family, Susie was nonetheless the most commonly used in 2018. 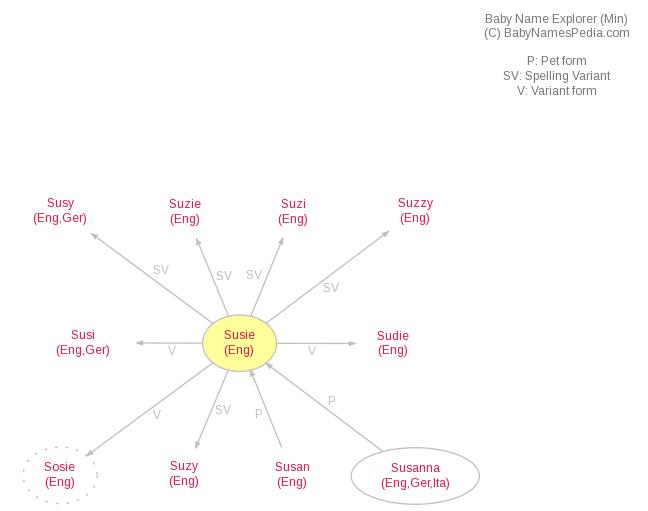