What does Sybil mean?

[ 2 syll. sy-bil, syb-il ] The baby girl name Sybil is pronounced as SIHB-ahL †. Sybil is an English name of Old Greek origin. It is from the word 'sibyl' which is of the meaning oracle, prophetess. Sibylla (Old Greek) and Sybilla (Old Greek) are older forms of the name. The first name is derived from the name of the ancient Greek order of oracles and prophetesses who according to medieval theology, were appointed by God; a sibyl was mentioned in the 5th century Latin book, The City of God, written by Saint Augustine. The name was therefore considered acceptable by early Christians. It was taken up by the Normans, and was borne by Sibylla, a daughter of William the Conqueror. The name was regularly adopted up to the 17th century, after which it saw a decline. It saw a revival in the 19th century, promoted by the Benjamin Disraeli novel 'Sybil, or The Two Nations' (1845).

Cybele (French), Sibella (Italian), Sibilia (Polish), and Sibylla (Dutch, French, and German) are variant transcriptions of the name that are used in other languages.

Sybil is uncommon as a baby girl name. At the modest height of its usage in 1919, 0.044% of baby girls were named Sybil. It had a ranking of #282 then. The baby name has fallen out of favor since then, and is now of infrequent use. Within all girl names in its family, Sybil was nevertheless the most popular in 2018. 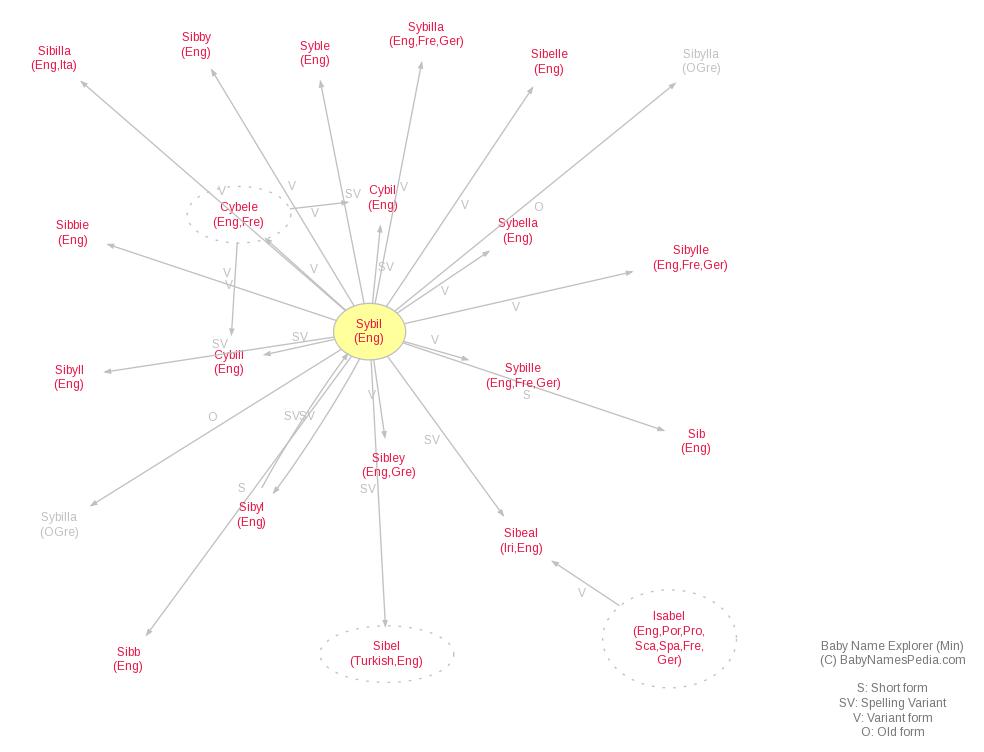