What does Sydney mean?

[ 2 syll. sy-dney, syd-n-ey ] The baby girl name Sydney is also used as a boy name, though the use for girls is far more popular. It is pronounced SIHDNiy- †. Sydney's language of origin is Old English and it is predominantly used in English. Sydney is a spelling variant of the English and French Sidney.

Sydney is a popular baby girl name. The name grew in popularity from the 1980s up to the 2000s. At the peak of its usage in 2000, 0.514% of baby girls were named Sydney. It had a ranking of #23 then. The baby name has experienced a drop in popularity since then. In 2018, it ranked at #165 with a usage of only 0.095%, but it was nevertheless the most commonly used out of all girl names in its family. Although there were times prior to 1958 that Sydney was more popular with boys, today it is used more commonly as a baby girl name. There were 60 times more baby girls than boys who were named Sydney in 1996. 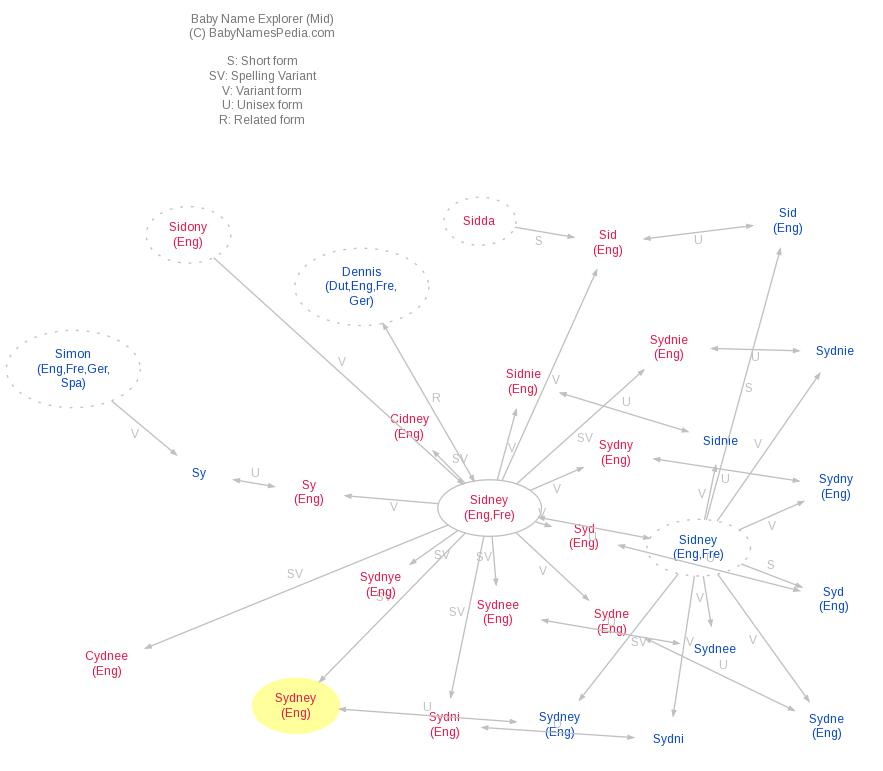