What does Sylvia mean?

[ 3 syll. syl-via, sy-lv-ia ] The baby girl name Sylvia is pronounced as SIHL-Viy-ah in English †. Sylvia is used predominantly in the English, German, Italian, and Scandinavian languages, and its origin is Latin.

Sylvia is a variation of the name Silvana (English, German, Italian, and Spanish).

Sylvia is a classic favorite. Today it is still a fairly popular baby name for girls, though not to the extent it was previously. At the modest height of its usage in 1937, 0.396% of baby girls were given the name Sylvia. It ranked at #50 then. The baby name has since experienced a steep loss in popularity, and is of occasional use in recent years. In 2018, its usage was only 0.034% and its ranking #490, but it was nonetheless the most popular within all girl names in its group. 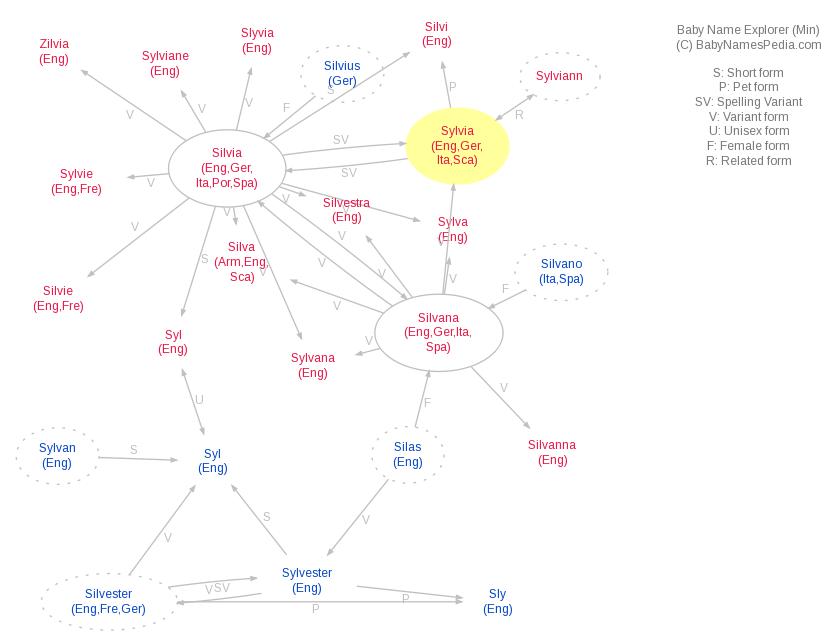