What does Tabitha mean?

[ 3 syll. ta-bit-ha, tab-i-tha ] The baby girl name Tabitha is pronounced TAEB-ih-THah (English) †. Tabitha is of Aramaic origin, and it is used largely in the English and German languages. It is a biblical name derived literally from the word tabitha which means 'gazelle, doe, roe'. The name was borne in the Bible by a charitable Christian woman raised from the dead by the apostle Peter; her name was also recorded as the Greek form Dorcas. It was adopted by the English Puritans in the 17th century. It later suffered a decline in use via association with the character of the motherly cat in the children's books by the English author Beatrix Potter in the early 19th century. Through her influence, the name has commonly been bestowed on cats in England.

Tabitha is rare as a baby name for girls. At the modest peak of its usage in 1978, 0.140% of baby girls were given the name Tabitha. It ranked at #126 then. The baby name has since substantially declined in popularity, and is used only on an infrequent scale now. Out of all girl names in its group, Tabitha was nonetheless the most widely used in 2018. 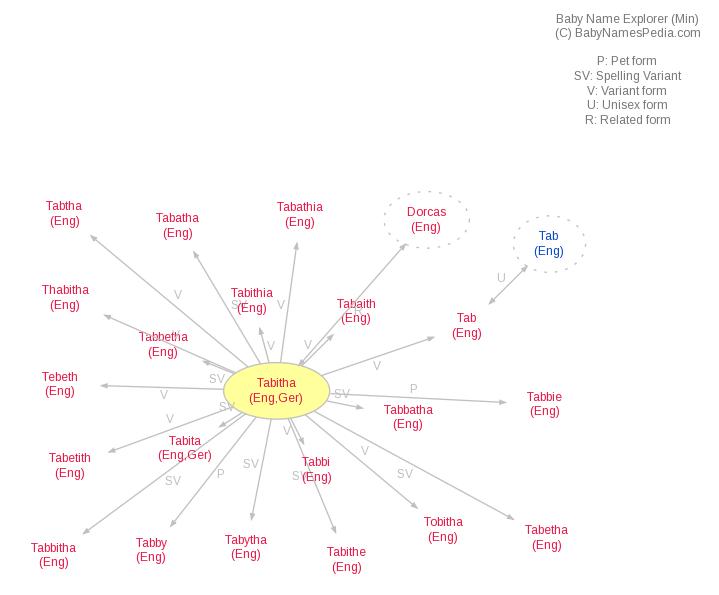