What does Tadhg mean?

[ 1 syll. tad-(h)(g), ta-d-hg ] The baby boy name Tadhg is pronounced as TAYG †. Tadhg has its origins in the Celtic and Old Greek languages, and it is used largely in Gaelic, Irish, and Scottish. Celtic origin: It is derived literally from the word tadhg which is of the meaning 'poet, philosopher'. The name was popular during medieval times. In modern times, the forms Taig, Teague, or Teige have sometimes been used by Protestants in Northern Ireland as mildy derisive names for Roman Catholics. It is also used in Irish in the phrase 'Tadhg an mhargaidh' meaning 'Tadhg of the market', in the same way that 'Jack of all trades' is used in English. The name can be Anglicized as Tim, Thaddeus, or Tighe.

In addition, Tadhg is a variation of Timothy (English).

Tadhg is uncommon as a baby name for boys. It is not listed within the top 1000 names. In 2018, among the group of boy names directly related to Tadhg, Timothy was the most frequently used. 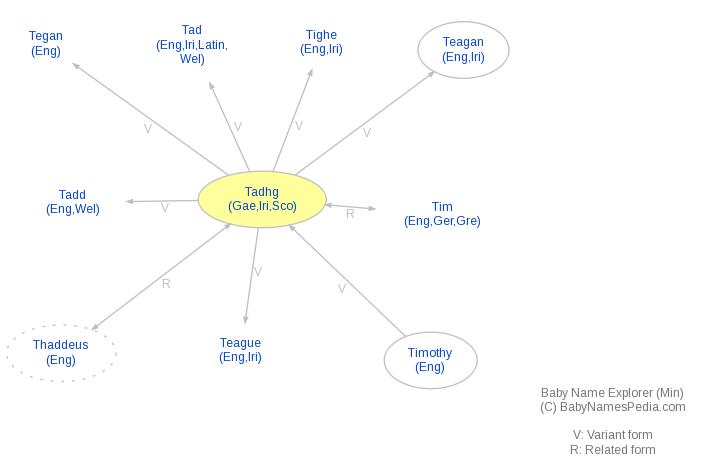