What does Taliyah mean?

In addition, Taliyah is a variation of the name Talia (English, Spanish, Arabic, and Hebrew).

The name Taliya is a variation of Taliyah.

Both the origin and meaning of Taliyah is inherited by all variant forms.

Taliyah is a classic favorite. Today it is still a somewhat popular baby name for girls, though it was in more widespread use previously. The name's popularity has been increasing since the 2000s; before that, it was of infrequent use only. At the modest height of its usage in 2009, 0.022% of baby girls were named Taliyah. It ranked at #655 then. In 2018, its usage was 0.015% and its ranking #985. Within the group of girl names directly related to Taliyah, Talia was the most commonly used. In 2018, it was used 4 times more than Taliyah. 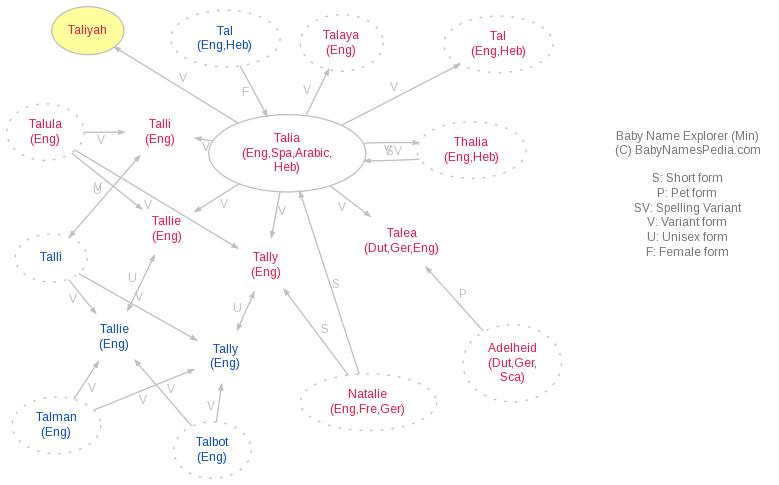