What does Tamika mean?

Tamika is largely used in the English and Japanese languages. Its origin is English. It is derived from the word 'tamu' which means sweet. The name is a recent coinage; it is common among Afro-Americans.

The name Tamika is widely used; it has 28 variant transcriptions that are used in English and other languages. Variation transcriptions of Tamika used in English include Shamika, Tameca, Tameeka, Tamekia, Tamicka, Tamieka, Tamikah, Tamikia, Tamikka, Tamiqua, Tamycka, Tamyka, Temeka, Temika, Timika, Tomeka, Tomika, Tomyka, and Tymika. Other English forms include the diminutive Tammy, and the variant spellings Tameika, Tameka, Tamica, and Timeka.

Tamika's origin is Japanese. Here, the meaning is people child.

Tamika is uncommon as a baby girl name. At the modest height of its usage in 1975, 0.138% of baby girls were named Tamika. It was #130 in rank then. The baby name has dropped out of favor since then, and is today of sporadic use. Within all girl names in its family, Tamika was nevertheless the most popular in 2018. 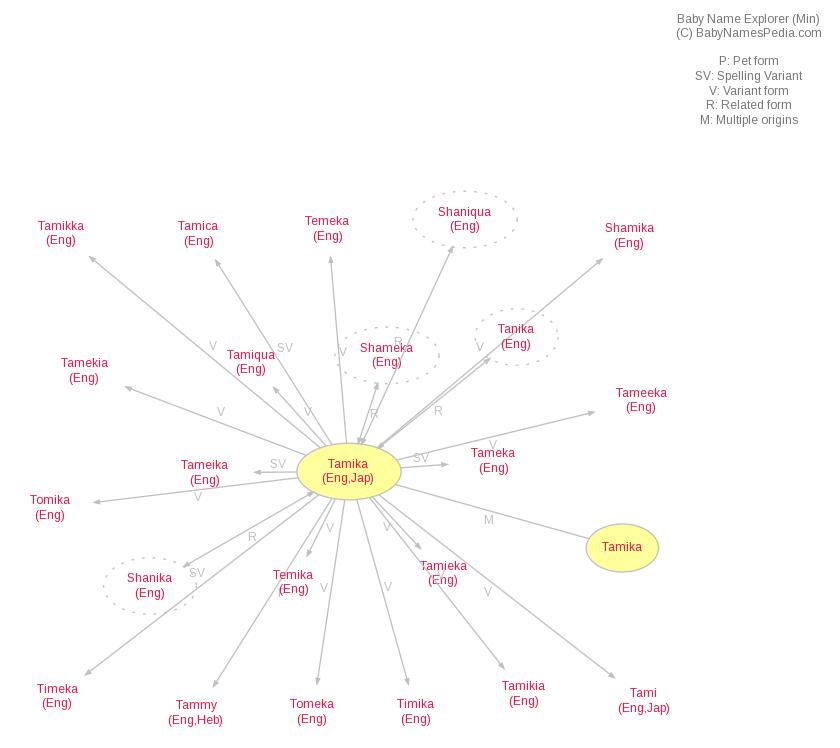