What does Tamsin mean?

[ 2 syll. tam-sin, ta-ms-in ] The baby girl name Tamsin is also used as a boy name. It is pronounced TAEMZihN †. Tamsin has its origins in the Aramaic language and it is used largely in English. It is derived from the word teoma which is of the meaning 'twin'. The name developed as a short form of Thomasina, and was common among English speakers in the medieval period. It has in recent times mainly been used as a Cornish name in Cornwall, Britain.

Tamsin is a contracted form of the English Thomasina.

Tamsin has 15 forms. Forms of the name include Tamasin, Tamasine, Tammi, Tamsa, Tamsan, Tamsina, Tamsine, Tamson, Tamsyn, Tamzen, Tamzine, and Tasmin. Other English forms include the diminutive Tammy, and the spelling variants Tamsen and Tamzin.

Tamsin is uncommon as a baby girl name. It is not in the top 1000 names. 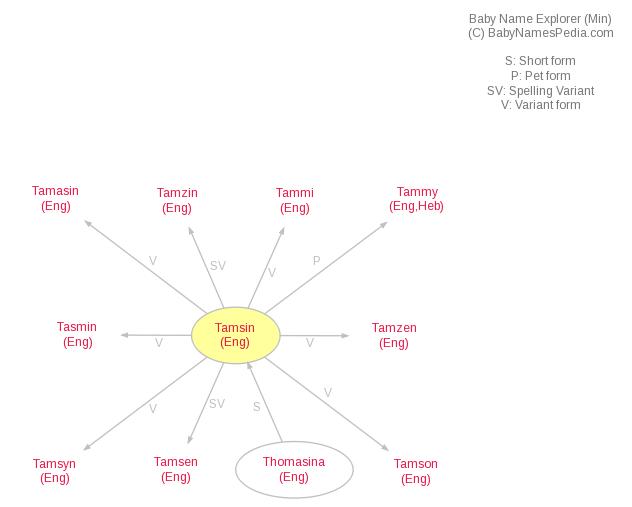