What does Tanek mean?

[ syll. ta-nek, tan-ek ] The baby boy name Tanek is pronounced as TAENihK †. Tanek has its origins in the Old Greek language. It is used largely in the German and Polish languages. Tanek is a variation of Athanasios (Greek).

Tanek is irregularly used as a baby boy name. It is not listed in the top 1000. 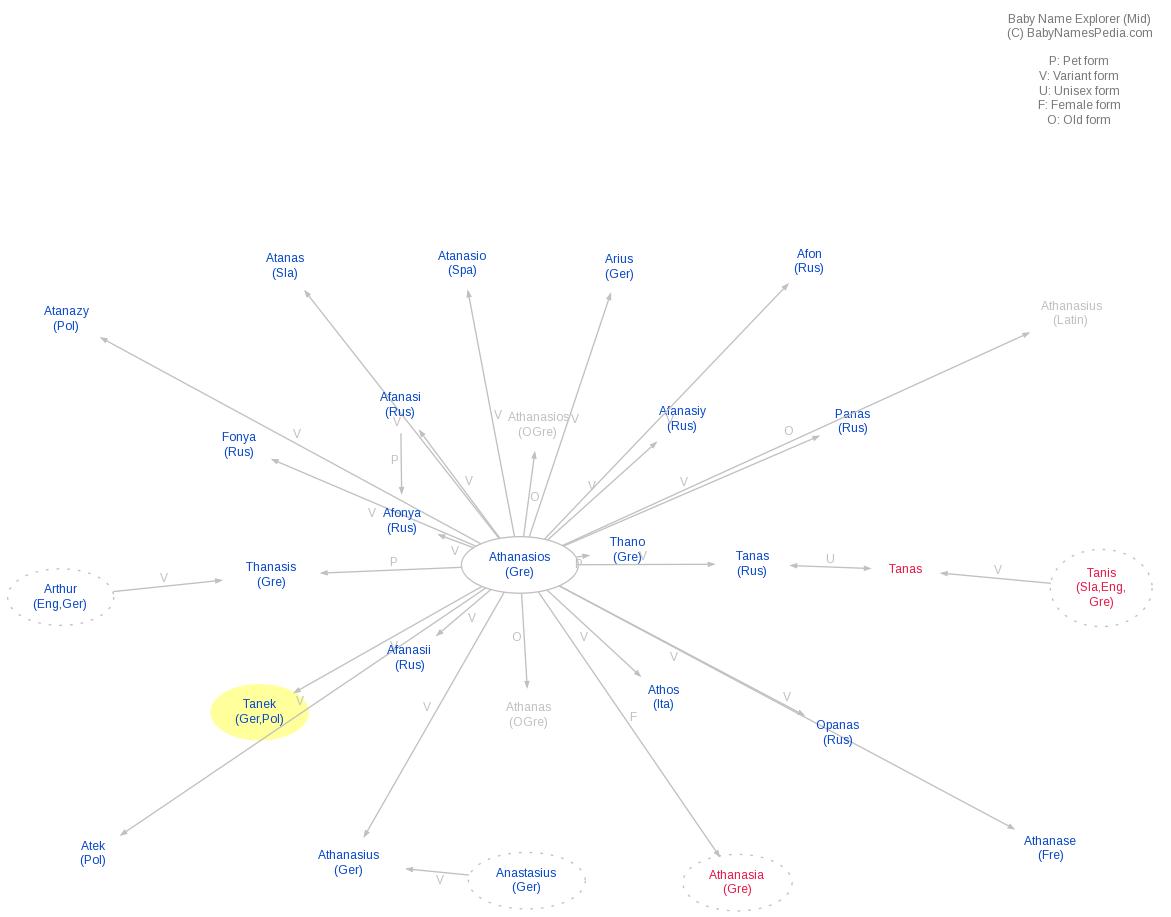