What does Tanya mean?

[ 2 syll. ta-nya, tan-ya ] The baby girl name Tanya is pronounced TAAN-Yah or TAEN-Yah (English) †. Tanya is of Latin origin, and it is used largely in the English and Russian languages. The name was first adopted by English speakers in the early 20th century.

In addition, Tanya is a pet form (English and Russian) of Tatiana.

The origin and thus the meaning of Tanya is inherited by all variant forms.

Tanya is rare as a baby name for girls. At the modest peak of its usage in 1974, 0.382% of baby girls were given the name Tanya. Its ranking then was #46. The baby name has since suffered a substantial decline in popularity, and is currently of only infrequent use. In 2018, out of the group of girl names directly linked to Tanya, Tatiana was the most popular. 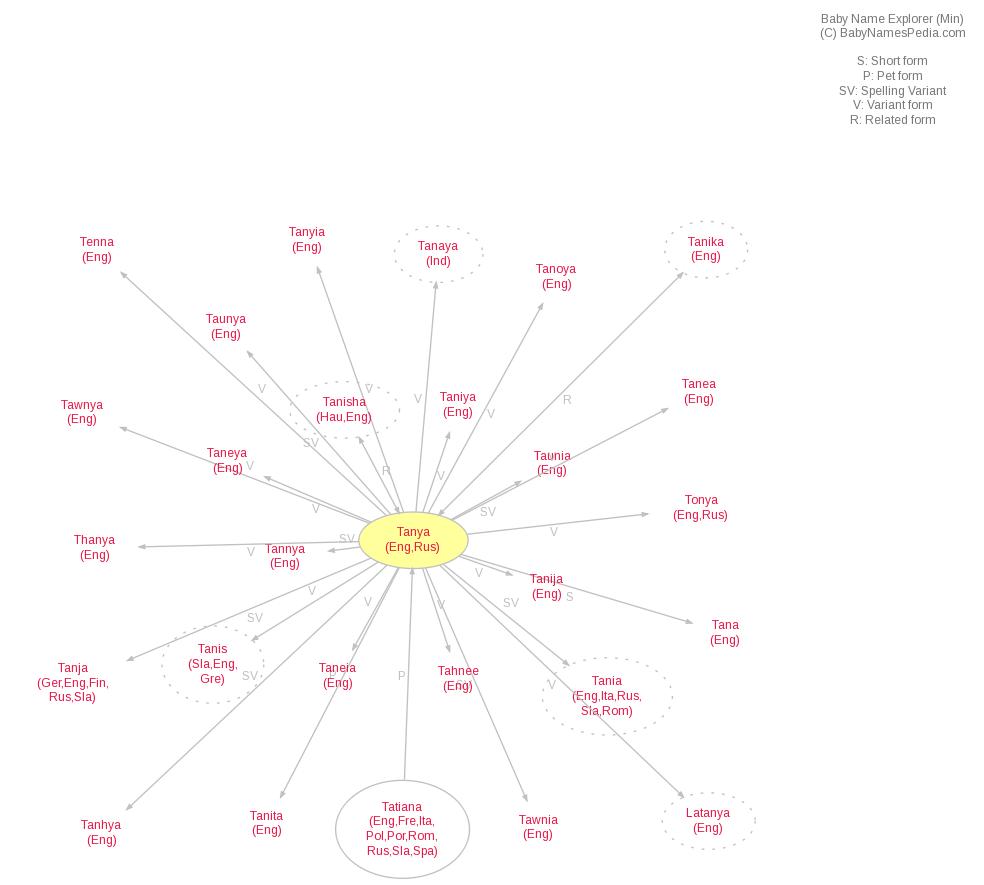