What does Taran mean?

[ 2 syll. ta-ran, tar-an ] The baby boy name Taran is also used as a girl name. Its pronunciation is TAA-RaeN †. Taran is used predominantly in the English, Gaelic, Indian, and Welsh languages, and its origin is Celtic. It is derived from the element 'tara' meaning hill. The name was used by Lloyd Alexander for the assistant pig-keeper and hero of his children's fantasy novels based on Gaelic mythology, which include Taran Wanderer (1967). The name Tara (English) is the female version of Taran.

Taran is rarely used as a baby name for boys. It is not listed in the top 1000 names. 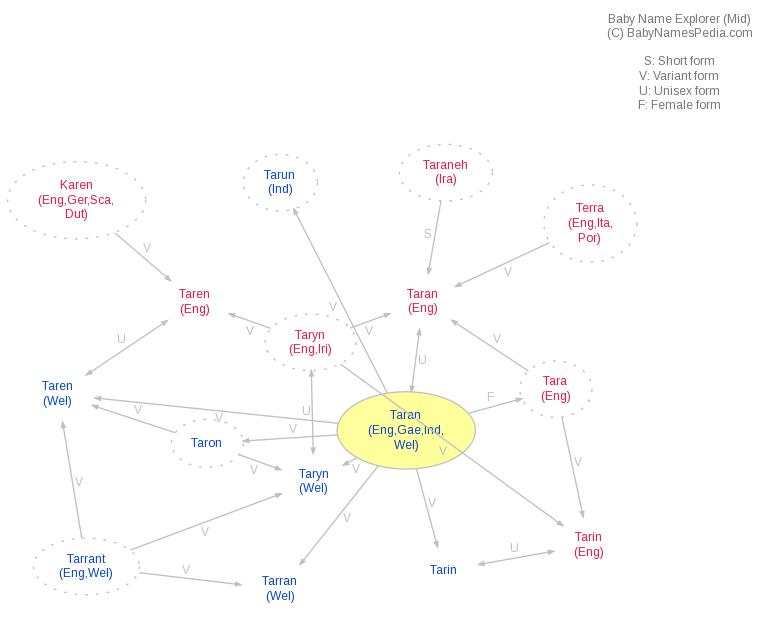