What does Tariq mean?

[ 2 syll. ta-riq, tar-iq ] The baby boy name Tariq is sometimes used as a girl name. It is pronounced as TAA-RihK †. Tariq is used chiefly in the Albanian, Arabic, English, and Turkish languages, and its origin is Arabic. The name's meaning is he who pounds at the door at night. It is literally from the word 'tariq' meaning Sirius. The name was borne by Tariq ibn Ziyad (-720), the Islamic general who conquered Visigothic Hispania in 711; the place name Gibraltar in Spain is derived from the Arabic name 'Jabal Tariq', meaning 'mountain of Tariq', which is in turn taken from the name of the general. Tariq is also associated with the evening star Sirius, as it is the name of one of the chapters of the Quran which speaks of this star.

Tariq has 15 variants that are used in English and other languages. Variants used in English include Tareak, Tareaq, Tareek, Tareeq, Tareq, Tarick, Tarique, Taryq, Taryque, Tyrieek, Tyrik, and Tyriq. The variant spelling Tarik (used in Albanian, Arabic, Indian, and Turkish as well) is another English form. Tarek (Albanian, Arabic, and Turkish) and Tari (Arabic) are foreign variants of Tariq.

Tariq is unusual as a baby name for boys. Its usage peaked modestly in 1998 with 0.025% of baby boys being given the name Tariq. It ranked at #444 then. The baby name has since substantially fallen in popularity, and is today of irregular use. Among all boy names in its group, Tariq was nonetheless the most popular in 2018. Tariq has mostly been a baby boy name in the past century. 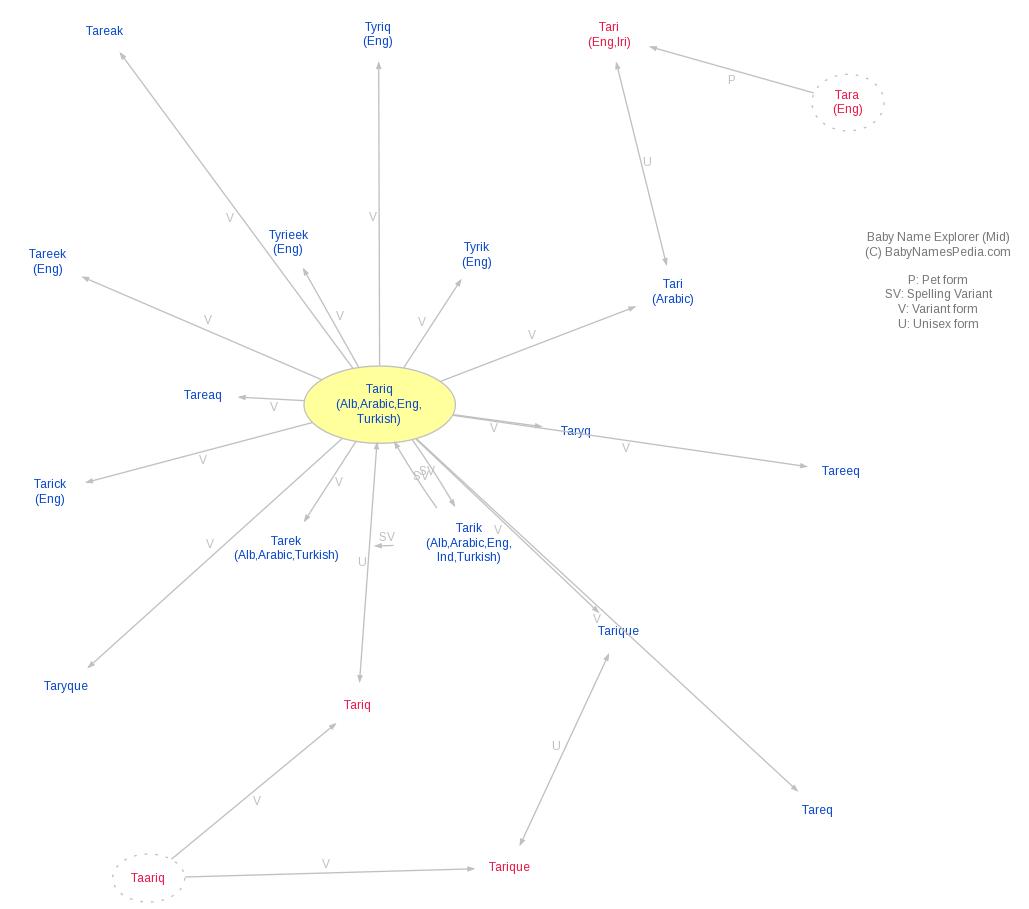