What does Taron mean?

[ syll. ta-ron, tar-on ] The baby girl name Taron is also used as a boy name. It is pronounced as TAERAHN †. Taron's language of origin is English and it is also predominantly used in English. The modern name could have been coined from Tara under the influence of other names such as Darren. See Taron for more information.

Taron is not commonly used as a baby girl name. It is not in the top 1000 names. 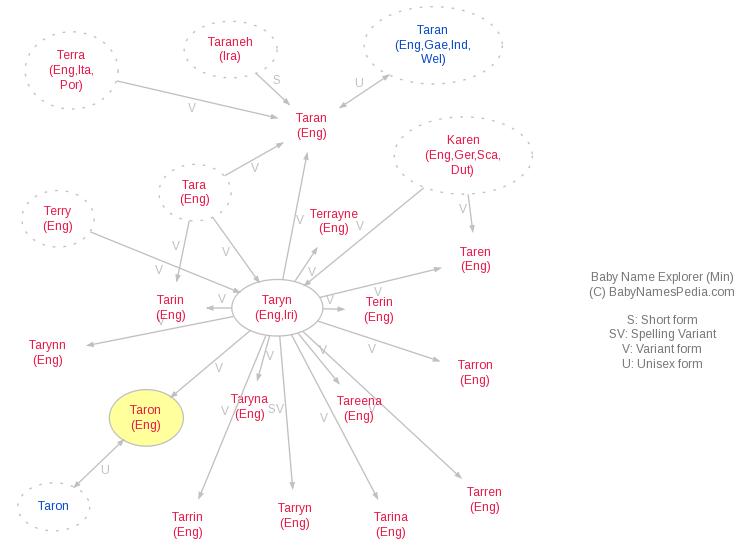