What does Taryn mean?

[ 2 syll. ta-ryn, tar-yn ] The baby girl name Taryn is also used as a boy name, though it is far more popular for girls. It is pronounced TEHR-ahN †. Taryn has its origins in the Old Greek, Celtic, English, and Old French languages. It is used largely in English and Irish. The name was first coined by the actor Tyrone Power and his actress wife Linda Christian for their second daughter, Taryn Power (1953-), also an actress. It could represent a form of Tara.

In addition, Taryn is an English form of the English, German, Scandinavian, and Dutch Karen.

Taryn is also an English and Irish form of the English Tara.

Taryn is also a form of the English Terry.

Taryn is rare as a baby girl name. At the modest peak of its usage in 1985, 0.061% of baby girls were named Taryn. It had a ranking of #228 then. The baby name has dropped out of favor since then, and is used only on an infrequent scale now. In 2018, out of the family of girl names directly related to Taryn, Karen was the most popular. Taryn has mainly been a baby girl name in the last century. 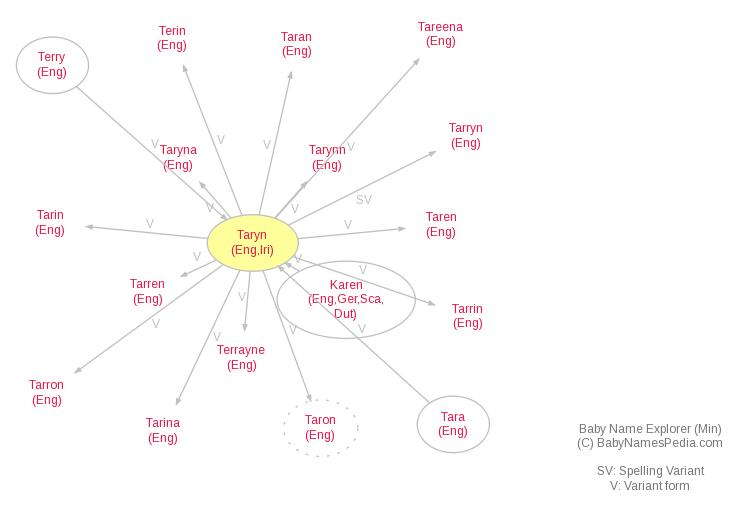