What does Terrance mean?

[ 2 syll. ter-ran-ce, te-rra-nce ] The baby boy name Terrance is pronounced TEY-R-ehNS- †. Terrance's language of origin is Latin and it is used largely in the English language. Terrance is a variant spelling of Terence (English and German).

Terrance is an all-time favorite. At present it is still somewhat popular as a baby name for boys, though not to the extent it was previously. The name's popularity rose from the 1930s up to the 1970s; before that, it was of only sporadic use. At the modest height of its usage in 1978, 0.075% of baby boys were given the name Terrance. It ranked at #183 then. The baby name has since experienced a drop in popularity. In 2018, it ranked at #810 with a usage of 0.014%, but it was nonetheless the most frequently used within all boy names in its group. 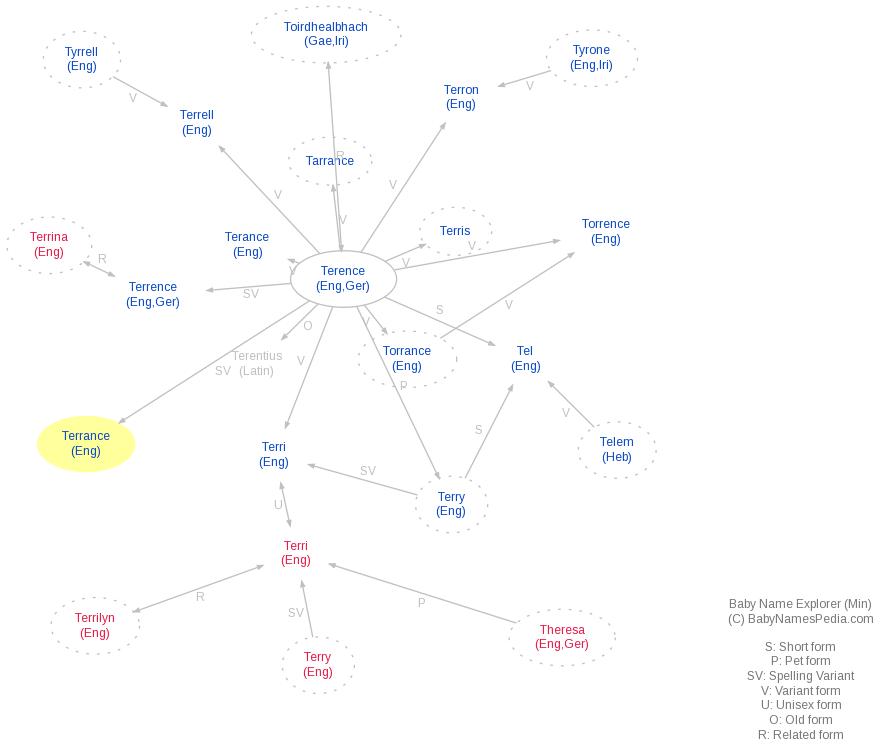