What does Terrence mean?

Terrence is an all-time favorite. At present it is still a somewhat popular baby name for boys, though it was in more widespread use previously. The name's popularity grew from the 1920s up to the 1970s. At the modest height of its usage in 1970, 0.077% of baby boys were named Terrence. Its ranking then was #186. The baby name has since experienced a decline in popularity. In 2018, it ranked at #955 with a usage of only 0.011%, but it was nevertheless the most regularly used within all boy names in its group. 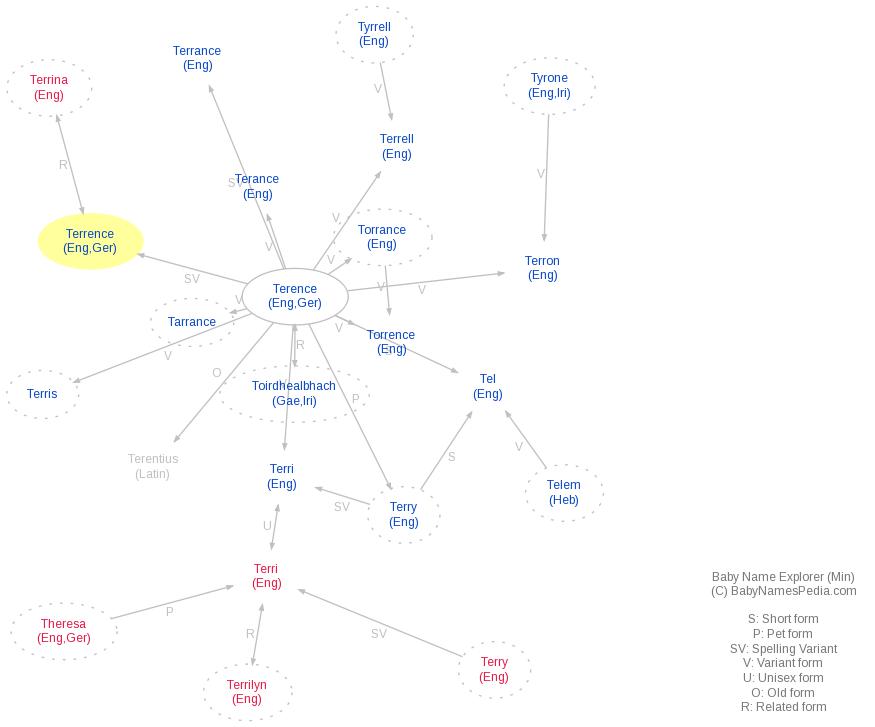