What does Thel mean?

[ syll. (t)hel, th-el ] The baby girl name Thel is also used as a boy name. It is pronounced as -THAHL †. Thel has its origins in the Old English and English languages. It is used largely in English.

Thel is a contracted form of the English Ethel.

Thel is also a contracted form of the English, German, and Hawaiian Thelma in the English language.

Thel is not commonly used as a baby girl name. It is not in the top 1000 names. 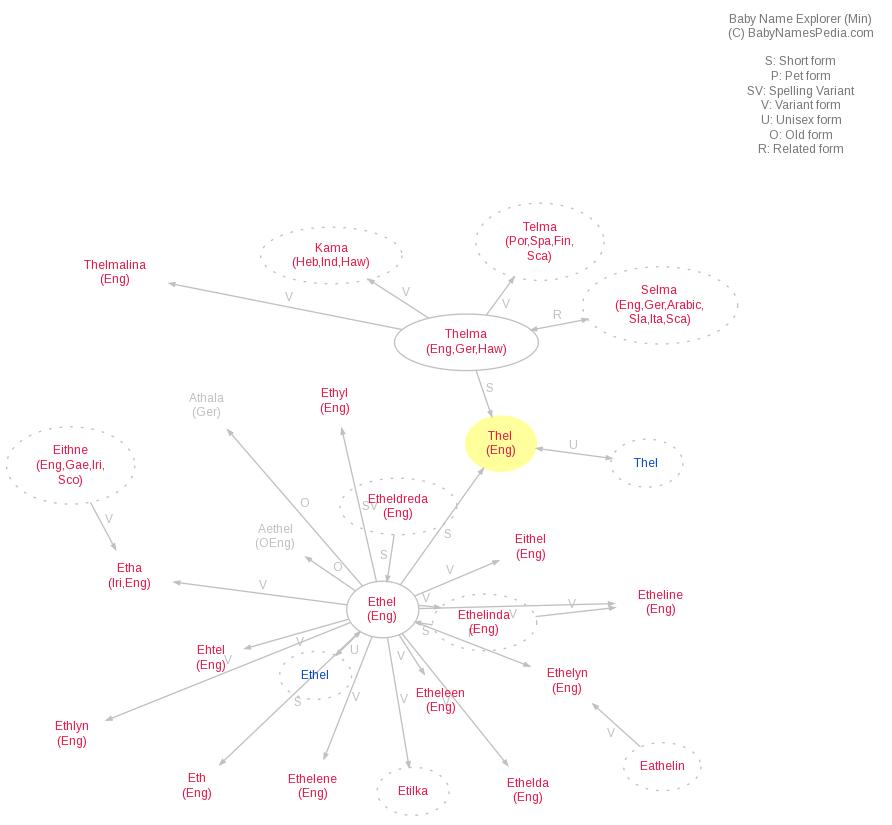