What does Theodor mean?

[ 3 syll. (t)heo-dor, th-eod-or ] The baby boy name Theodor is pronounced as -DHIY-owDaoer †. Theodor is used mostly in Czech, English, German, Romanian, and Scandinavian. Its language of origin is Old Greek. Theodor is a derivative of the English, French, and Greek name Theodore.

Theodor is not popular as a baby boy name. It is not in the top 1000 names. In 2018, within the family of boy names directly related to Theodor, Theodore was the most frequently used. 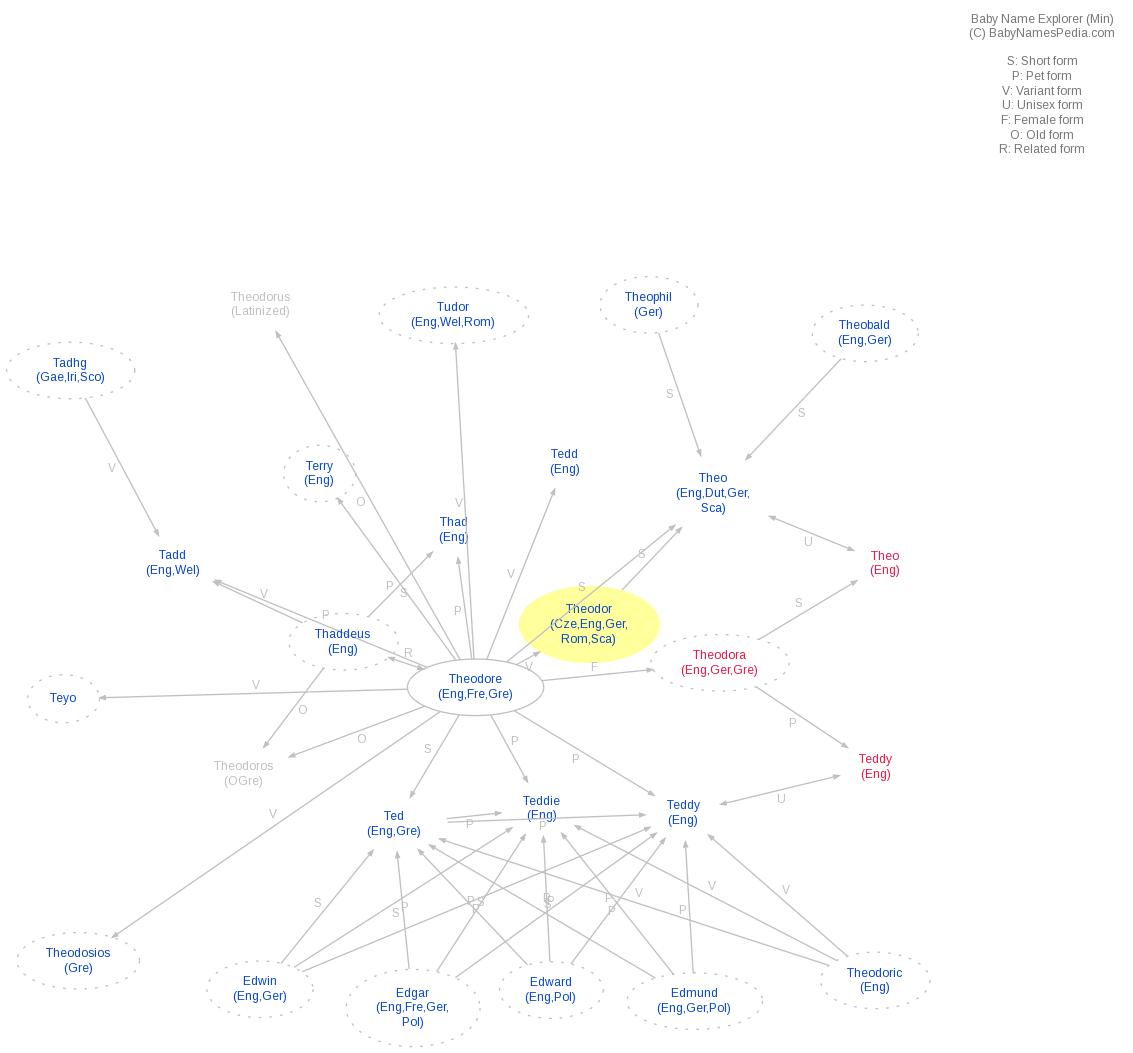