What does Theodora mean?

[ 4 syll. (t)heo-do-ra, th-eod-ora ] The baby girl name Theodora is pronounced -THiy-ah-DOWR-ah in English †. Theodora's language of origin is Old Greek. It is predominantly used in English, German, and Greek. The meaning of Theodora is 'gift of god'. It is a biblical name derived from theos meaning 'god' ; doron 'gift'. An older form of the name is Theodora (Old Greek). This is of the same origin as Dorothea, representing a reverse order of its Greek elements. It was borne by several Byzantine empresses, including the 9th-century Queen Theodora, the wife of the emperor Theophilus the Iconoclast. The name was adopted by English speakers in the 17th century. Theodora is the feminine version of the English, French, and Greek Theodore.

Theodora is an uncommon baby girl name. At the height of its usage in 1937, 0.015% of baby girls were named Theodora. It was #508 in rank then. The baby name has fallen from favor since then, and is currently used only on a very modest scale. In 2018, within the family of girl names directly related to Theodora, Thea was the most popular. 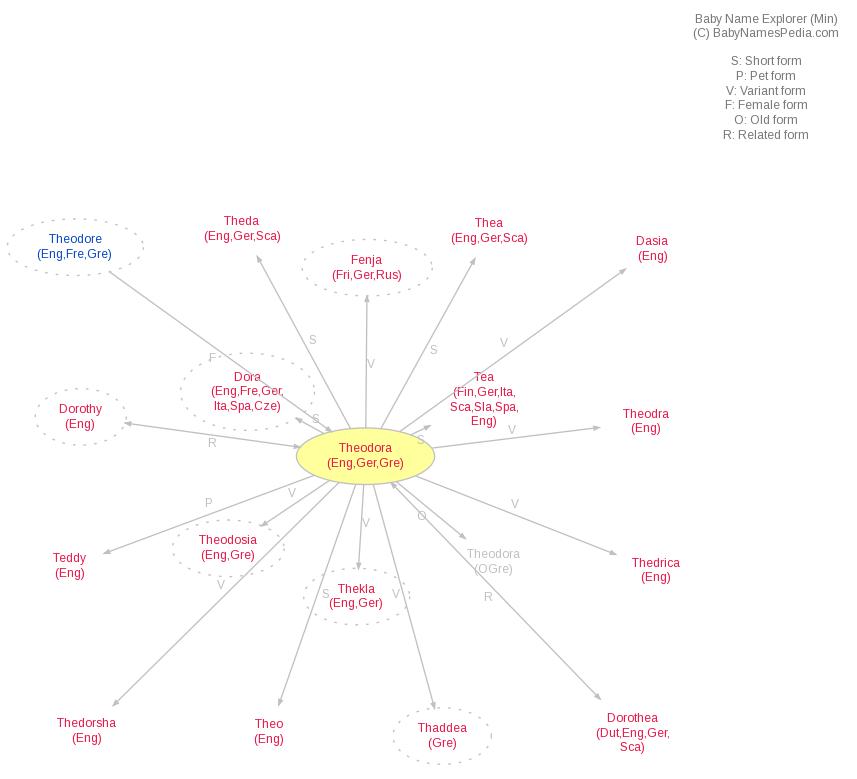