What does Theodoric mean?

[ 4 syll. (t)heo-do-ric, th-eodor-ic ] The baby boy name Theodoric is pronounced -THiy-AAD-ah-RihK in English †. Theodoric's origin is Gothic, and its use, English. The name is of the meaning 'ruler of the people'. It is a two-element name derived from thiuda meaning 'people, race' ; reiks 'rich, powerful, ruler'. Theodoric the Great (454-526) was a king of the Ostrogoths who also ruled over northern Italy. He was widely celebrated in European folklore, thereby spawning many variants of his name in different languages. To the Visigoths, he was known as Thiudareiks (Gothic); to the Romans, Flavius Theodoricus (Latin); to the Germans, Dietrich (Germanic); and to the English, Theodric (Old English). The latter developed into the name Theodoric by association with the name Theodore. Among English speakers, the name Theodoric has been adopted since the 18th century.

Theodoric is an infrequently used baby name for boys. It is not listed in the top 1000 names. In 2018, within the group of boy names directly linked to Theodoric, Derek was the most popular. 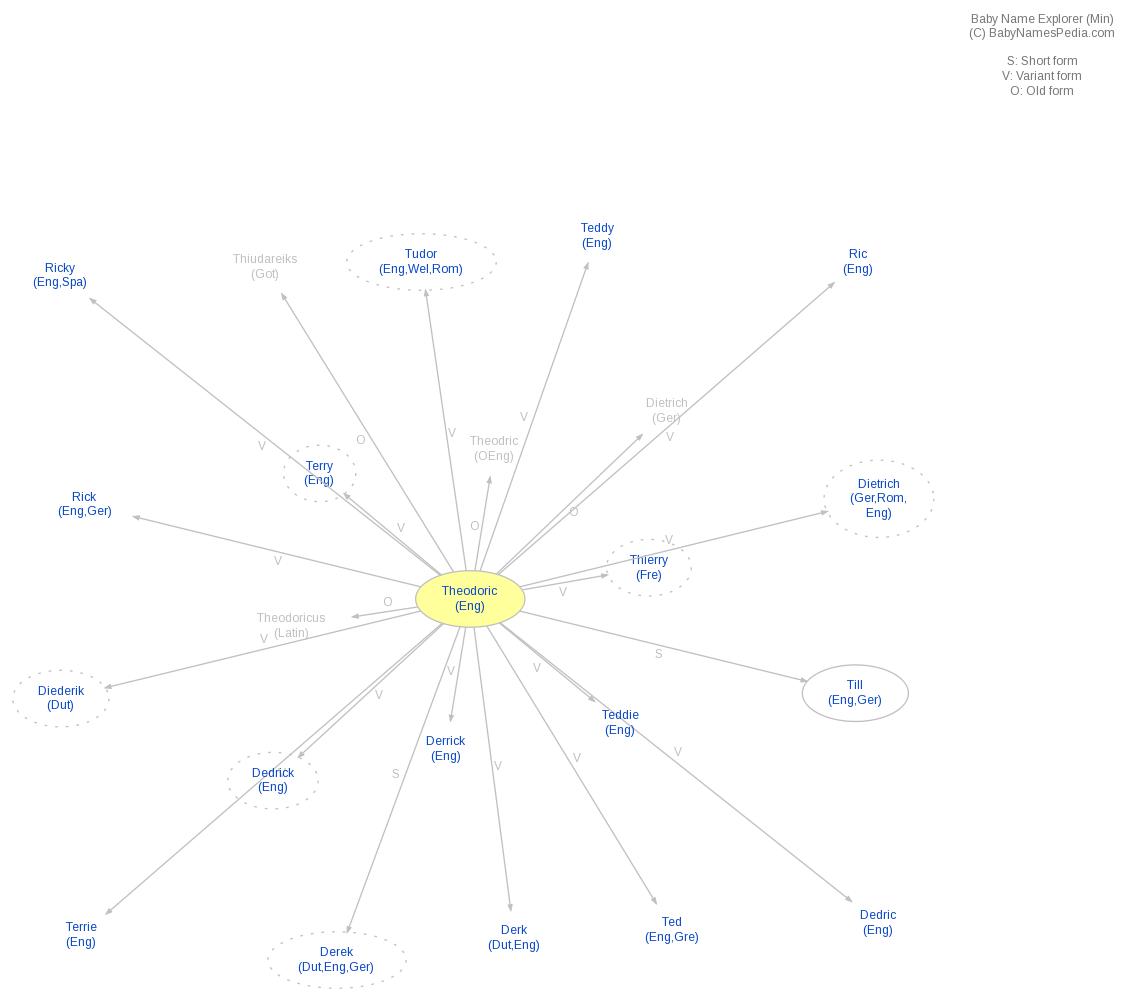