What does Thomasina mean?

[ 4 syll. (t)ho-ma-si-na, th-omas-ina ] The baby girl name Thomasina is pronounced TaaM-aa-SIY-Naa- †. Thomasina is of Aramaic origin and it is used mainly in English. It is a biblical name derived from the word teoma with the meaning 'twin'. The generic name has been used in the New Testament of the Bible. Also used by the twelve apostles. Thomasina is the feminine form of the Dutch, English, French, German, and Scandinavian Thomas.

What are the Variant Forms of Thomasina?

See also the related form, the German and Scandinavian Sina.

Thomasina is uncommon as a baby girl name. At the modest height of its usage in 1932, 0.005% of baby girls were named Thomasina. It was #970 in rank then. The baby name has seen a decline in frequency since then, and is of irregular use today. Within all girl names in its family, Thomasina was nevertheless the most frequently used in 2018. 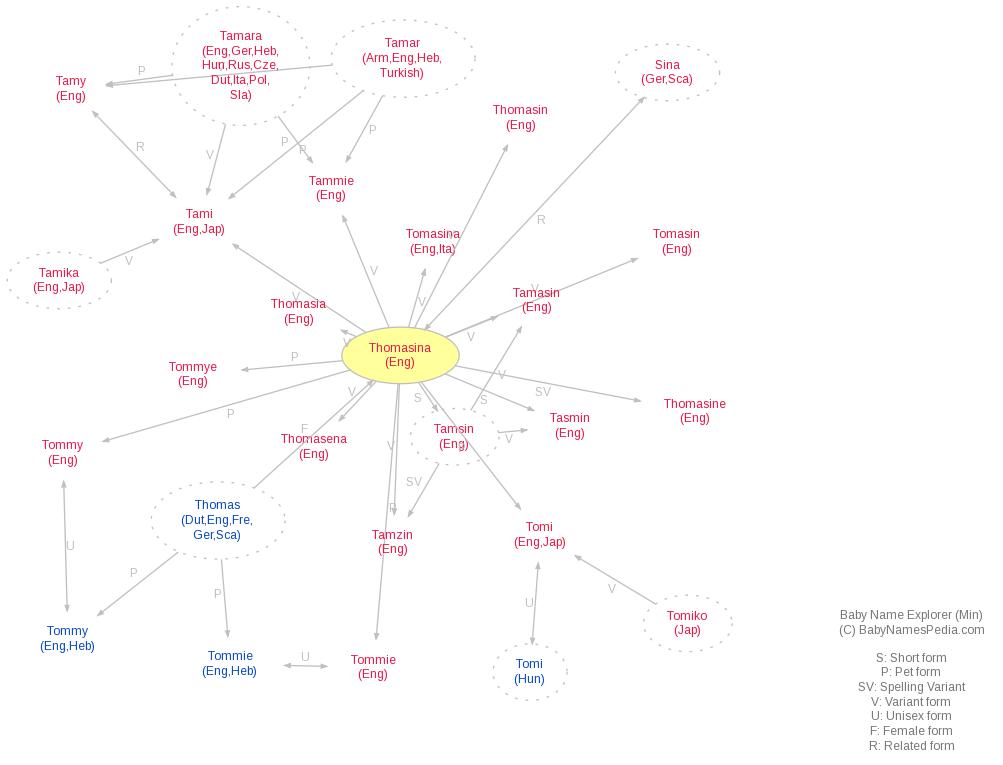