What does Thyra mean?

Thyra is a variant of the name Tyra (English and Scandinavian).

Thyra is rare as a baby girl name. At the modest peak of its usage in 1904, 0.007% of baby girls were named Thyra. It had a ranking of #771 then. The baby name has experienced a fall in popularity since then, and is today of very light use. Out of all girl names in its family, Thyra was nevertheless the most frequently used in 2018. 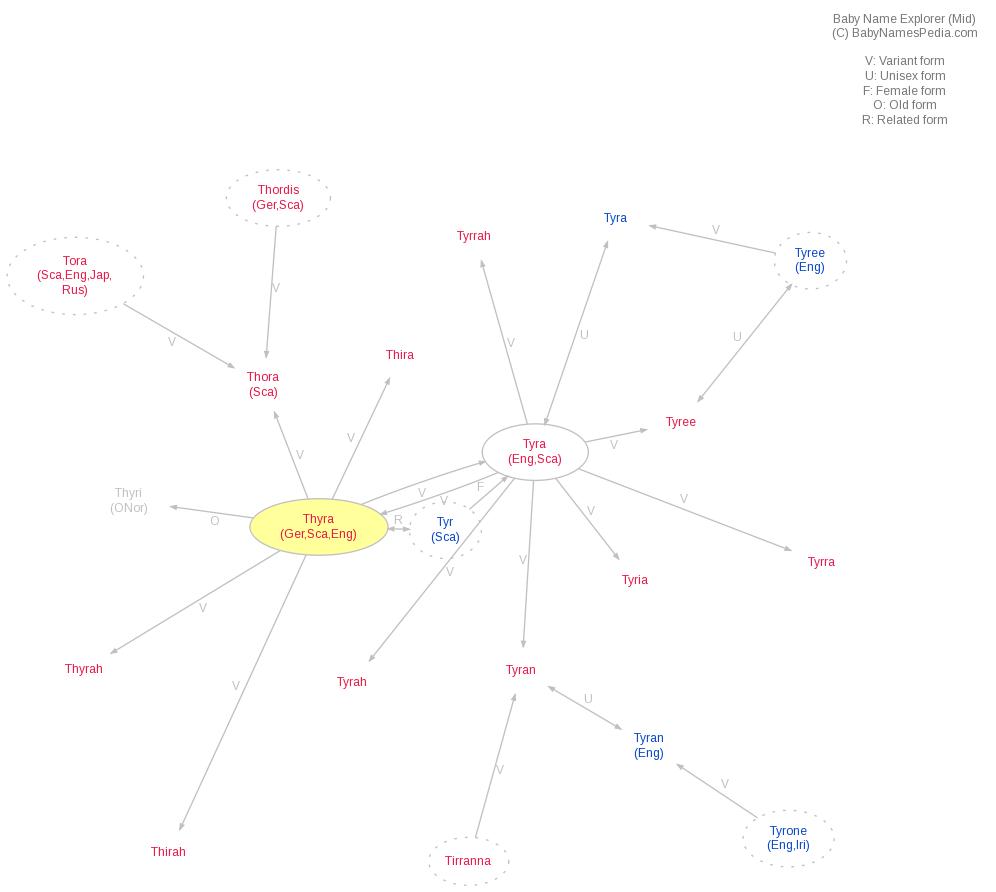