What does Tia mean?

Tia is used mostly in the English language and its language of origin, is Latin, English. The name developed as a short form of names ending in '-tia', or names starting with 'Tia-'.

Both the origin and meaning of the name Tia is inherited by all variant forms.

Tia's origin is Spanish. Here, the meaning is auntie. The given name could have been first promoted by the coffee liquer Tia Maria, in which case 'Tia' is a Spanish term of endearment.

In addition, Tia is a familiar form (English) of the English and French name Laetitia.

Tia is also a familiar form of the English name Lucrecia.

Tia is also a short form (English) of the English, German, Cherokee, and Latin name Tiana.

Tia is also a derivative of the English name Tiara.

Tia is uncommon as a baby name for girls. At the modest height of its usage in 1982, 0.065% of baby girls were given the name Tia. Its ranking then was #221. The baby name has since dropped out of favor, and is today of very light use. In 2018, within the group of girl names directly linked to Tia, Tiana was the most popular. 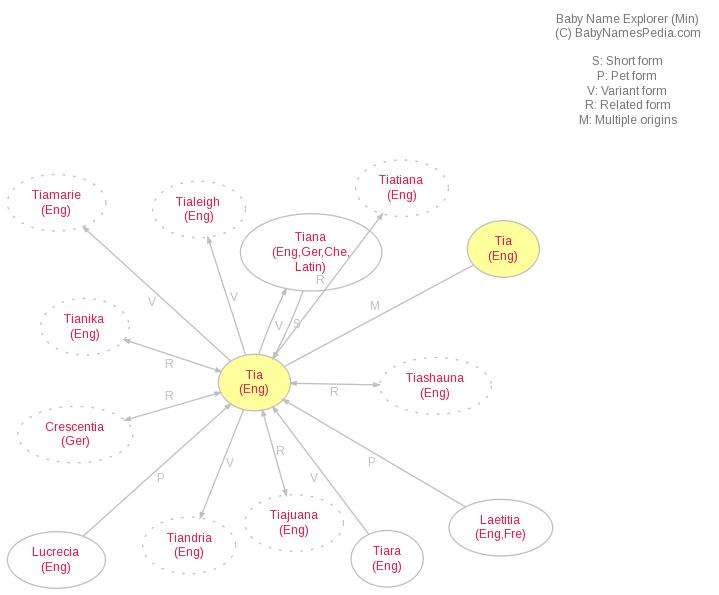