What does Tierre mean?

[ syll. tier-re, ti-e-rre ] The baby girl name Tierre is pronounced as TIY-R- †. Tierre is used mostly in the English language and its language of origin is Latin. Tierre is a variant spelling (English) of the Spanish name Tierra as well as a derivative of the English, Italian, and Portuguese name Terra.

Tierre is infrequently used as a baby name for girls. It is ranked outside of the top 1000 names. 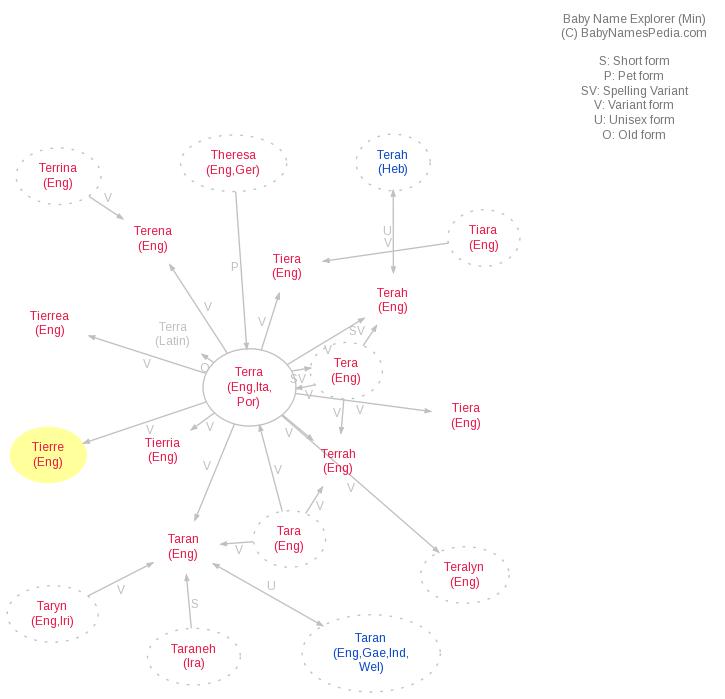