What does Timon mean?

[ 2 syll. ti-mon, tim-on ] The baby boy name Timon is pronounced TAY-MahN (English) †. Timon's language of origin is Old Greek, and it is used mainly in the English, German, and Hungarian languages. It is a biblical name derived from the element time which means 'honor, revere'. The name was used by Shakespeare in his play The Life of Timon of Athens (1607), which is based on the legendary Timon of Athens, reputed for misanthropy.

In addition, Timon is a derivative of the English Timothy.

Timon is unusual as a baby name for boys. It is not ranked within the top 1000 names. Out of the group of boy names directly linked to Timon, Timothy was the most popular in 2018. 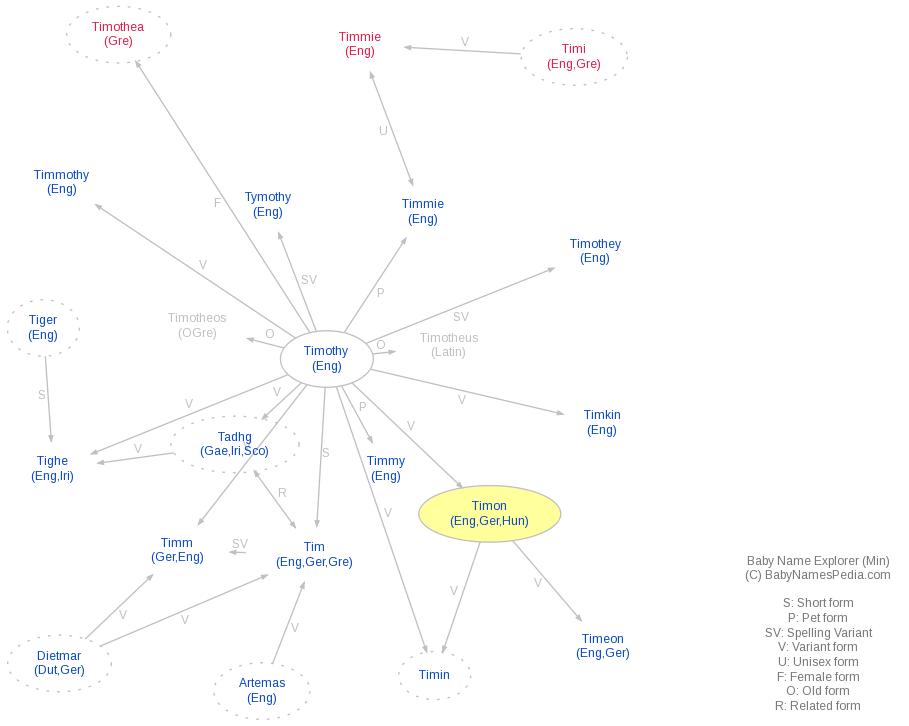