What does Timothy mean?

[ 3 syll. ti-mot-hy, tim-o-thy ] The baby boy name Timothy is pronounced in English as TIHM-ah-THiy †. Timothy is largely used in the English language and its origin is Old Greek. The name's meaning is honoring God, honored by God. A biblical name, it is derived from the elements 'time' meaning honor, revere ; 'theos' god. Timotheos (Old Greek) and Timotheus (Latin) are original forms of Timothy. The name was borne in the Bible by a close companion of the apostle Paul, who was stoned to death and subsequently venerated as a saint. The name was common in classical Greece, but it was first adopted by English speakers only in the 16th century. The name Timothea (Greek) is the female equivalent of Timothy.

What are the Variant Forms of Timothy?

Timothy is a classic favorite. Currently it is still a popular baby name for boys, though it was in more widespread use in the past. The name's popularity rose from the 1920s up to the 1960s. Its usage peaked in 1967 with 1.607% of baby boys being given the name Timothy. It ranked at #11 then. The baby name has since experienced a steep fall in popularity. In 2018, its usage was only 0.121% and its ranking #165, but it was nonetheless the most frequently used among all boy names in its group. The name Timothy has been mostly given to baby boys, though it has also been used as a girl name in the past century. In 1970, the name Timothy was given to 153 times as many baby boys than girls. 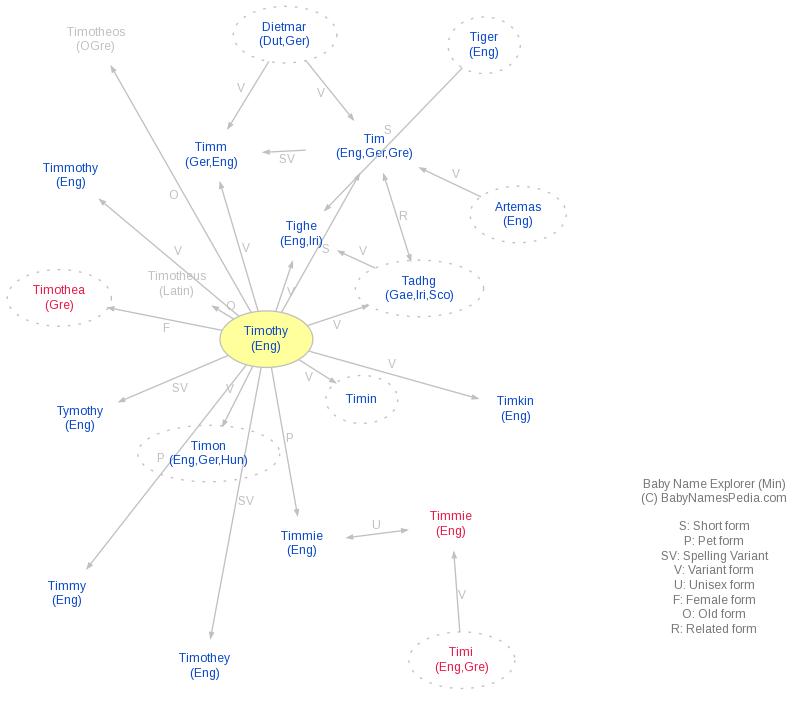