What does Toby mean?

[ 2 syll. to-by, tob-y ] The baby girl name Toby is also used as a boy name, and it is more commonly a boy name. It is pronounced TOW-Biy- †. Toby's language of origin is Hebrew and it is predominantly used in English. The use of Toby as a feminine name was promoted by the American actress Toby Wing (1915-2001), who was popular in the 1930s. See Toby for more information.

In addition, Toby is a form of the Hebrew Tovia.

A form of the name is the Hebrew and Yiddish Tybie.

The spelling variants Tobi (English) and Tobie (English) are other forms of Toby.

Toby is an uncommon baby girl name. At the height of its usage in 1936, 0.014% of baby girls were named Toby. It was #526 in rank then. The baby name has seen a steep decline in frequency since then, and is used only on a very modest scale today. Within all girl names in its family, Toby was nevertheless the most popular in 2018. Although there were times from 1921 to 1945 that Toby was more popular with girls, today it is used more commonly as a boy name. In 1975, 7 times more boys than girls were given the name Toby. 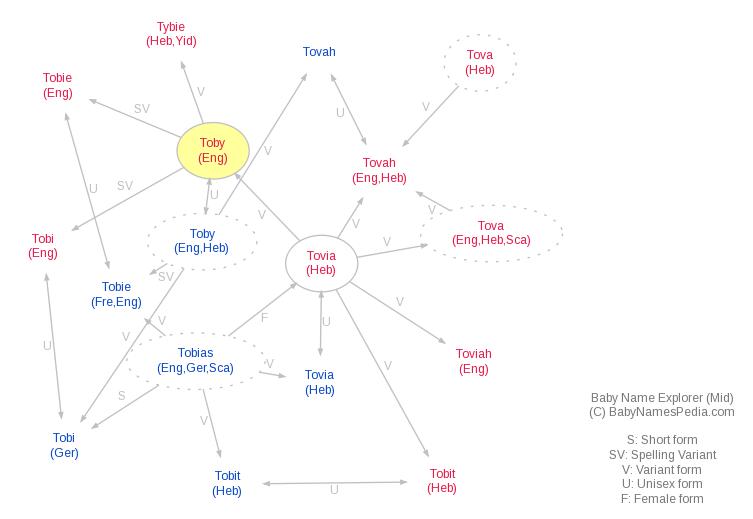