What does Tor mean?

Tor is used predominantly in the English and Scandinavian languages, and its origin is Old Norse. It is from the elements 'thor' meaning thunder, thunder god ; 'thunraz' thunder. Thor (Old Norse) and Thorr (Old Norse) are original forms of Tor. The name is derived from the name of Thor, the god of thunder and son of Odin in Norse mtyhology; the word 'thunder' is ultimately of Indo-european origin. The given name was not used in the medieval period; it was first adopted in the 18th century.

The names Tore and Torre are variants of Tor.

Tor's language of origin is African-Tiv. The meaning here is king.

In addition, Tor is a variant of the name Tord (Scandinavian).

Tor is an unusual baby name for boys. It is not listed in the top 1000 names. 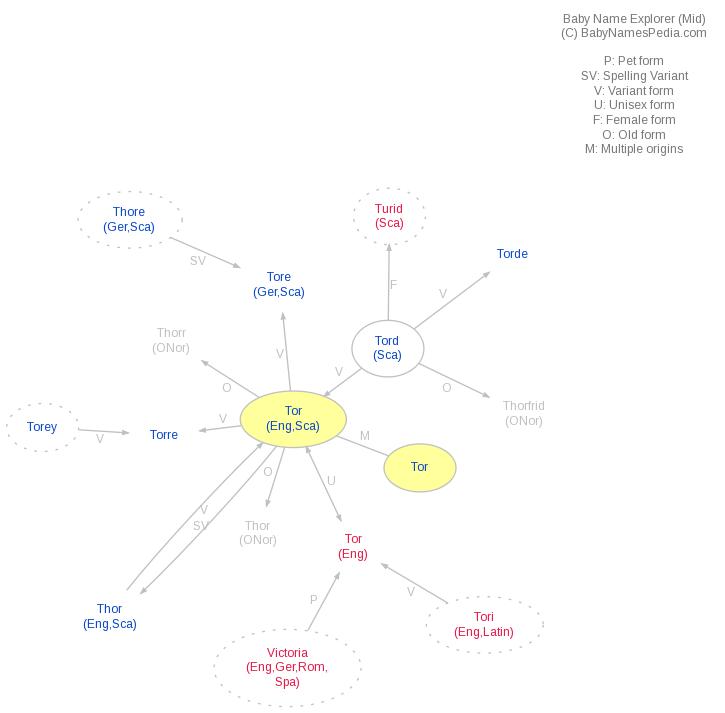